The goal of this project was to introduce and invent new forms of asynchronous communications for Skype that make people feel more connected with one other. 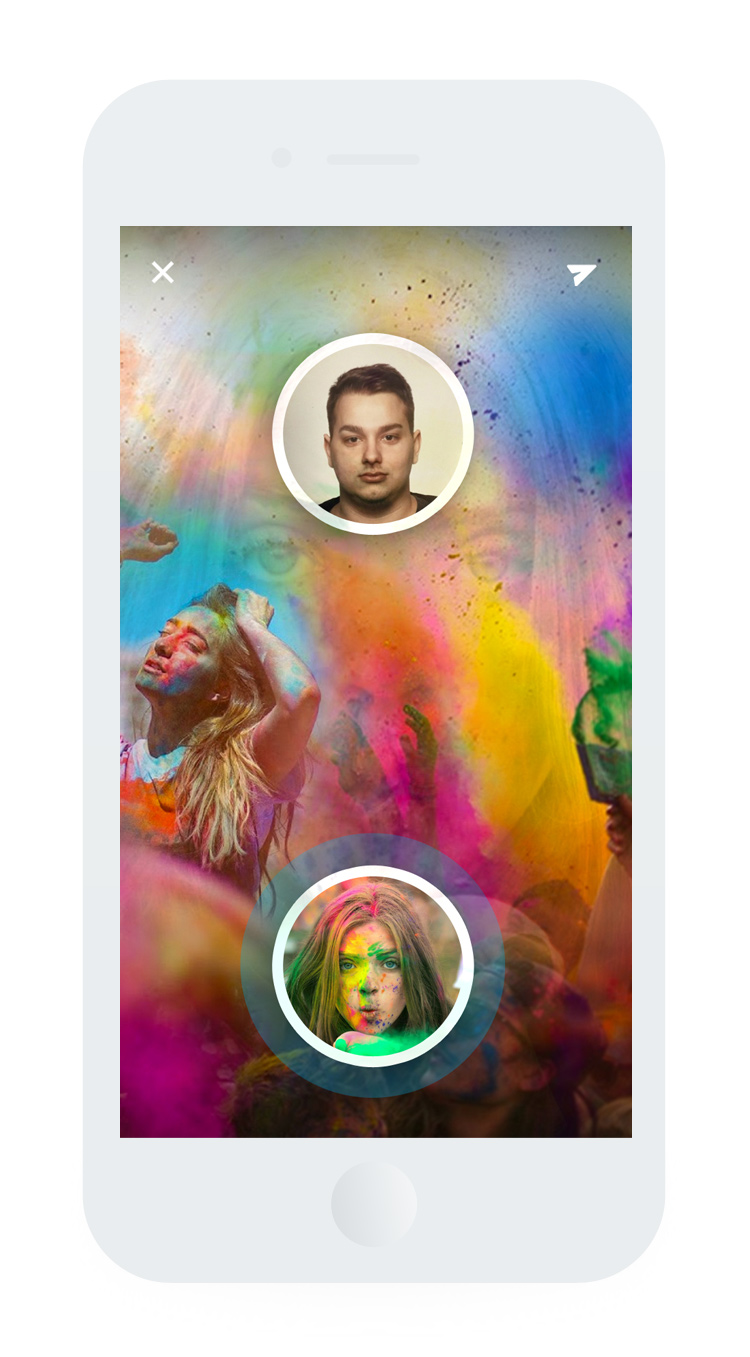 1. Create a moment for someone

Pick a person you want to have next to you. Both cameras will instantly start to capure your moment. No staging, no waiting. 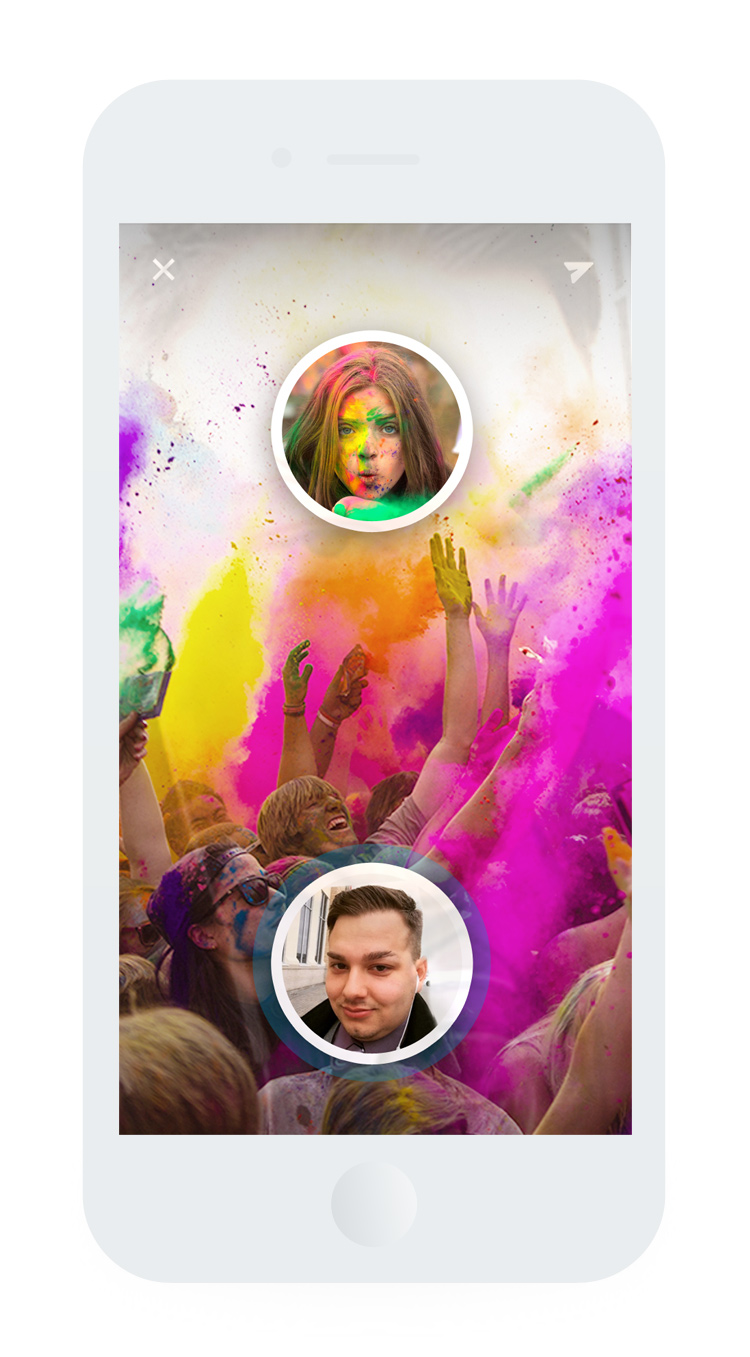 The receiver can dive into your moment whenever he prefers. His response gets send back. No redo button, only an authentic response. Relive old moments you shared. Because these moments happened in the past, your response won’t be captured this time.

With Skype Now, you can share moments even if these moments happen at different times and different places. Just record a moment for that special person, send it away, and wait for it to be completed. What you will get in return is more than just a video message, it’s a shared experience. 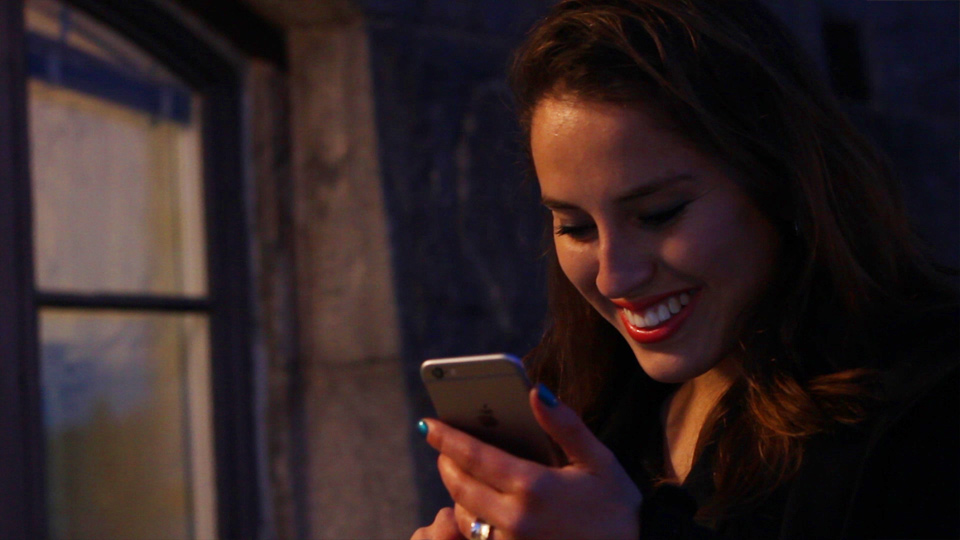 The Process behind Skype Now

In general the design process was human-centred and iterative with a crucial role in creating exploratory prototypes. 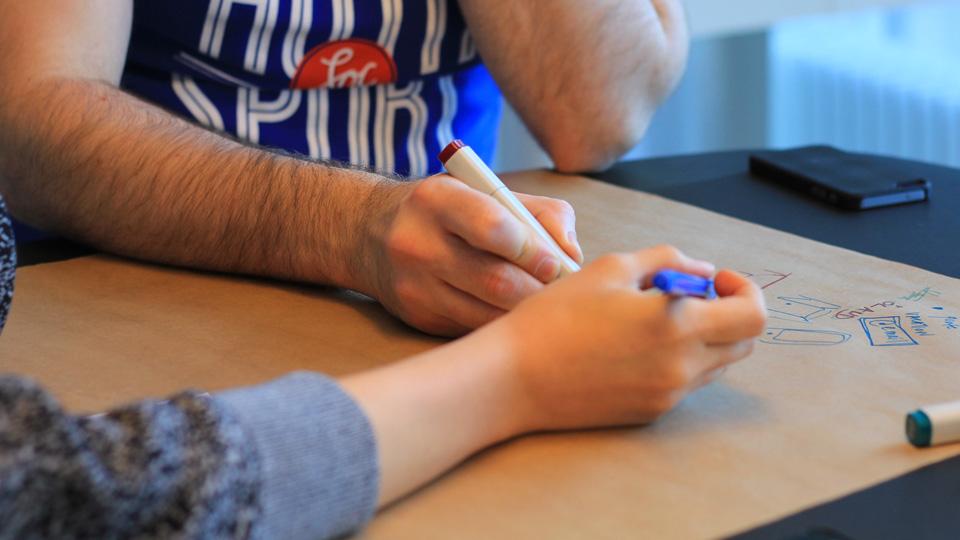 The design process started with ethnographic research with participants with diverse backgrounds to understand the role of “communication” in their lives. The research findings were synthesized into a framework in which the “gap” within and between conversations had a central position. The research framework acted as a foundation for exploration in the form of ideation and prototyping. 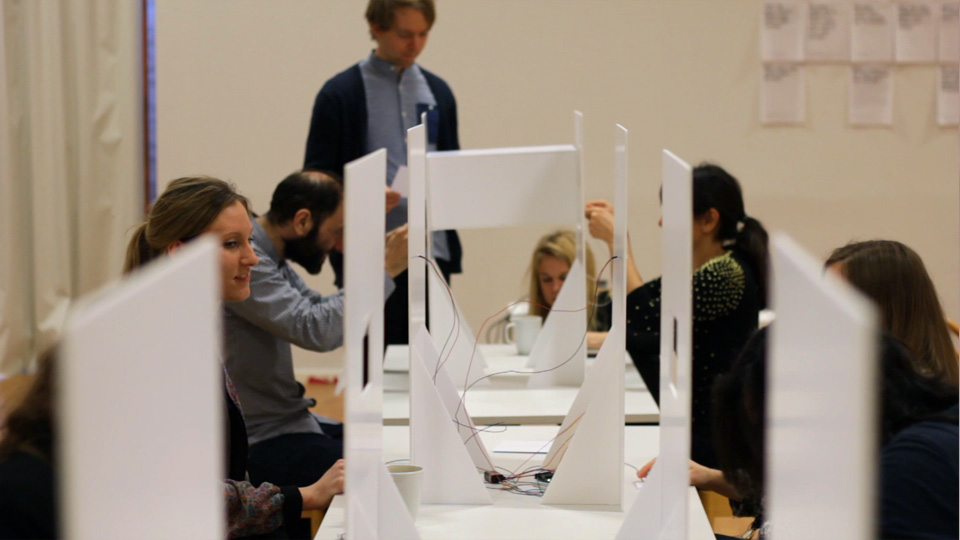 The findings from the ethnographic research were physicalized to build a better understanding of the topic of communication. We came up with a bunch of ideas which we challenged using prototypes. 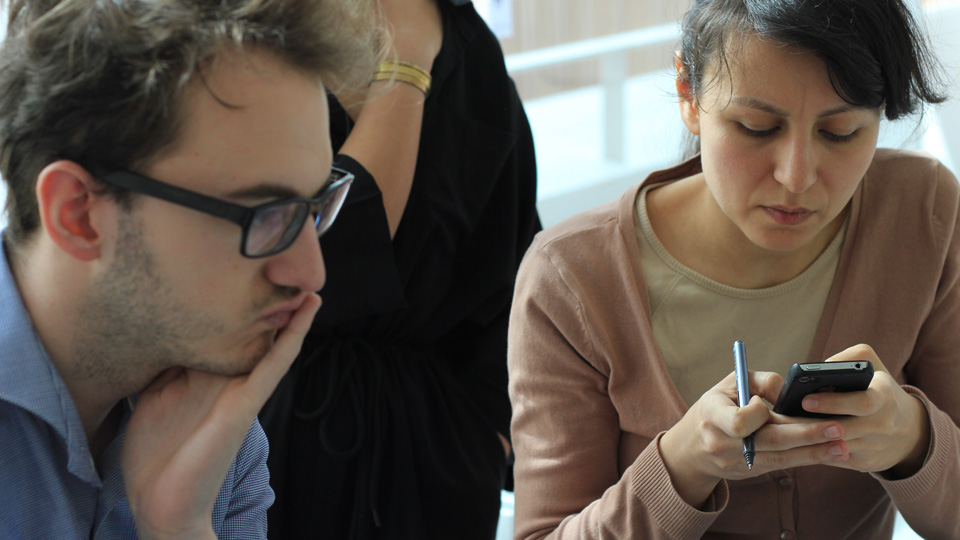 We constantly switched in fidelity and the mediums we used, ranging from low fidelity paper prototypes to high fidelity visual mockups. The project was very collaborative and with the three of us we worked towards one goal. During the implementation phase I tried to envision a new product category rather than trying to force it inside videos, calls, or chats cues. I tried to be very accurate and consistent on how this new category was being expressed in the app. In the end this was translated in many forms: animations, visual design, interaction flows and the use of language. 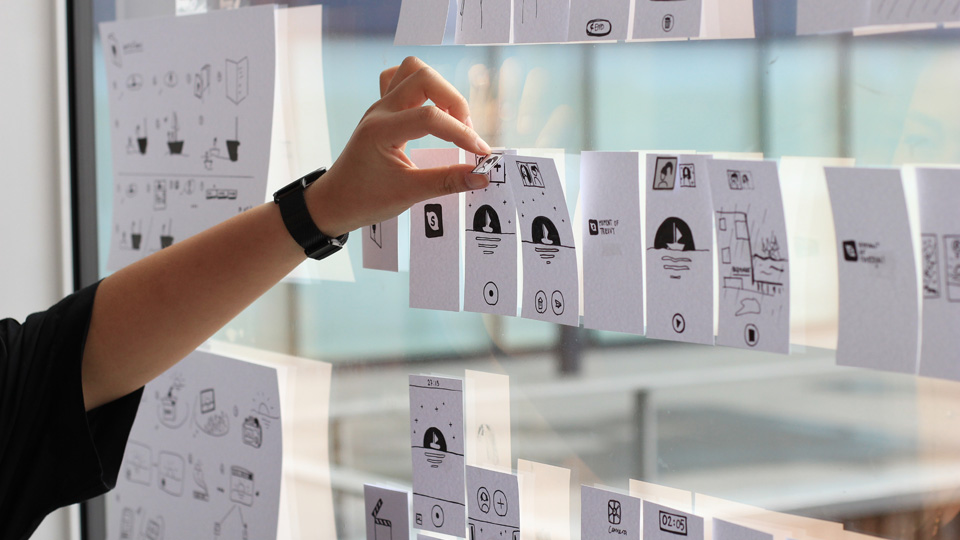 I tried to envision a new product category rather than trying to force it inside videos, calls, or chats cues.

Besides that, I initiated a discussion around visual positioning, which made us think about how to position our app in relation to Skype. Finally I built a working prototype using Proto.io and I tried to create meaningful animations. 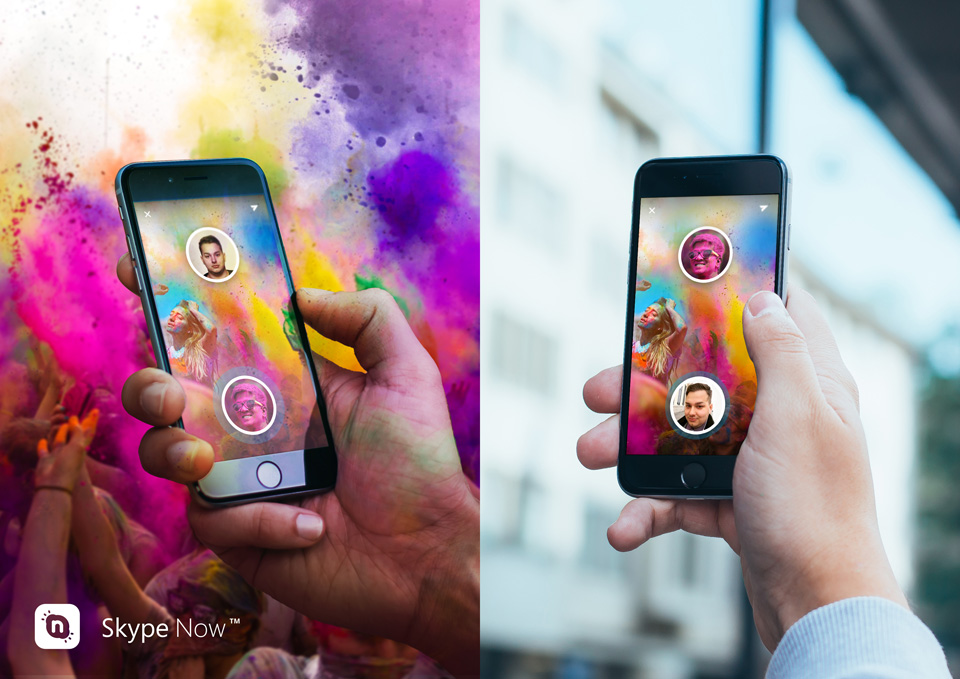 A piece of presentation material I designed.