Nanotechnology will radically impact people’s lives. It may significantly improve people’s lives but it may also have unforeseen downsides. Hence, there is an urgent need to have a public debate on the potential impact of this new technology.

The Healing Game functions as a scenario for a potential future in which the player’s own body can become the playground of a video game. It aims to open up this public debate. More specifically, it explores how nanotechnology may impact the relationship people have with their health and body. 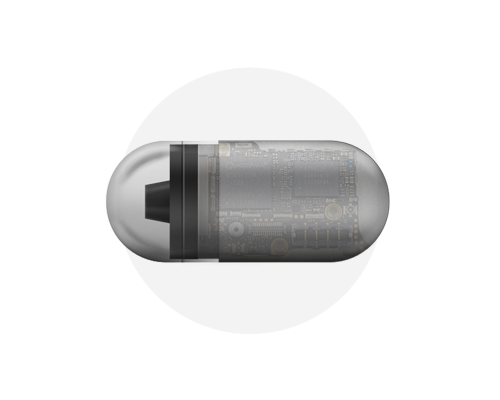 Containing a remotely controllable nano capsule equipped with a laser and a camera. 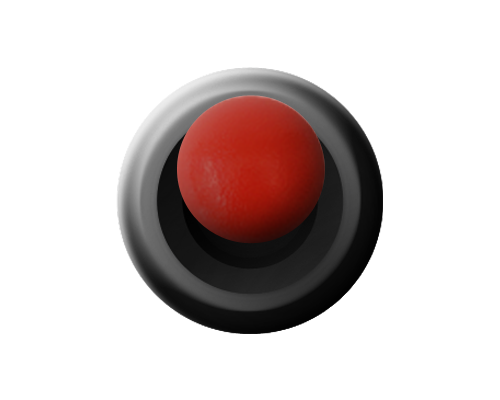 Control your capsule in the form of a video game. Make sure to avoid the antibodies. Do you spot any threats? Destroy them using your laser. It will make you more healthy.

Visually the game triggers the player’s imagination, sucking the player into the story. On the other hand, the concept is based on a strong scientific base. One day this concept could become reality. The question it raises is: “Do we want this?” The Healing Game can be experienced through an artificial pill combined with a fully functioning and easy to play iPad game. It has been part of the traveling Nano Supermarket Exhibition, reaching over 30,000 visitors. The process of designing The Healing Game

The first part of the project was to Envision potential developments of nanotechnology and it’s impact. This vision was used as a guideline throughout the rest of the project. Next, a context had to be defined. In order to make a decision, I made a mindmap of provocative topics in society. Then, I developed concepts, which represented these topics and can become reality due to nanotechnology. 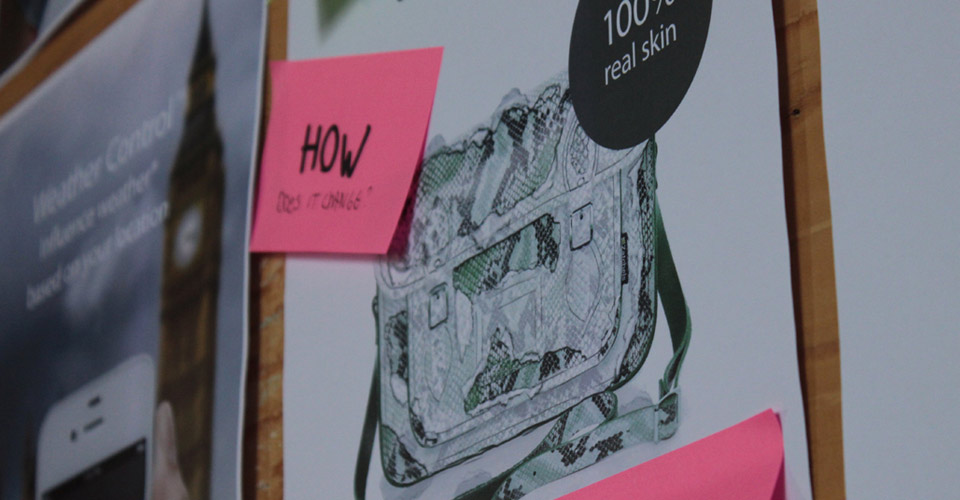 I presented early concepts in the form of realistic posters in order imagine them becoming reality.

Based on expert feedback, the project’s description and personal learning goals I decided to pick the concept of “Serious Game”. By creating a stop motion video I communicated my concept to external tutors and classmates. The fidelity and style represented the stage of the project well. I created a stop motion video to communicate my concept to external tutors and classmates.

I approached the creation of the concept art and the development of the game mechanics as two parallel process, executed simultaneously. I decided to do this because both processes influenced each other. For example once I realized that the game design tool I was going to use had functionality to implement parallax scrolling, I took full use of depth in my concept art pieces. I starting to try out different platforms, ranging from real game controllers to an iPad. Some quick user testing made me realize that the game controllers were too complex for older people. Therefore I decided to design the game for iPad. Some quick user testing made me realize that the game controllers were too complex for older people.

For the game mechanics I used a HTML 5 game maker tool called “Construct 2” because of it’s ease of use. I started by making a very quick prototype in which I explored with the controls and the parallax scrolling effect. 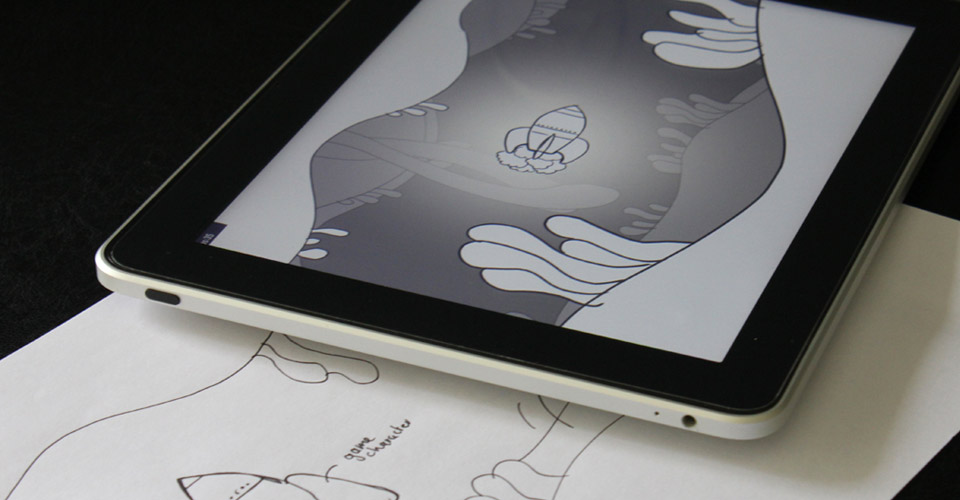 The gamemaker tool “Construct 2” enabled me to do very quick iterations.

To get inspired for creating a visual style I collected movies, images and animations about the human body. 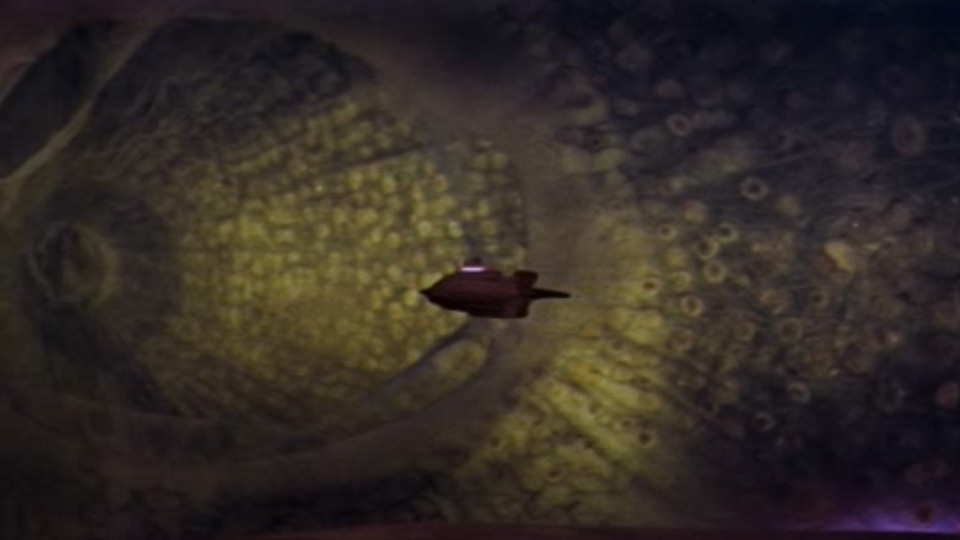 Especially the movie “Fantastic Voyage” turned out as a great inspirational source. It succeeded in creating a very open, dynamic and imaginative environment. 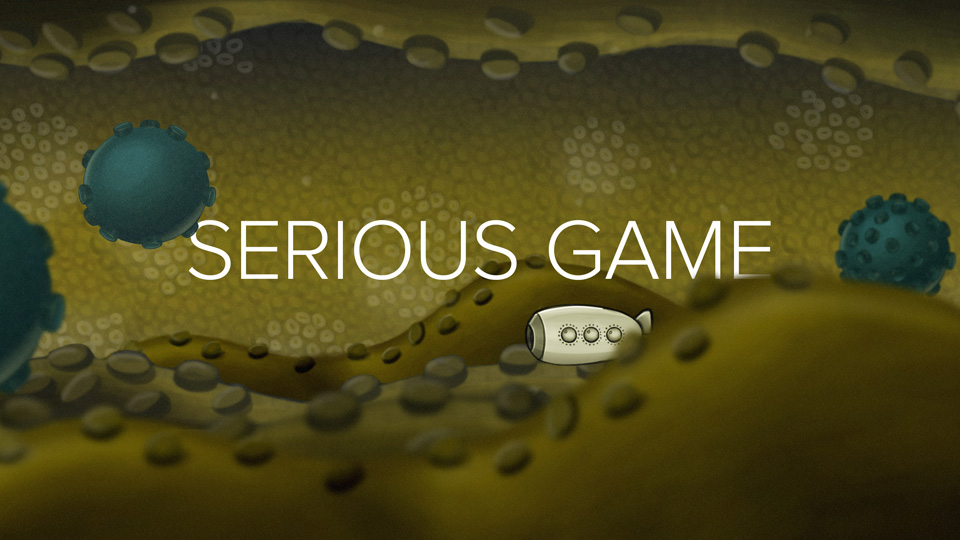 An early visual exploration. I realized that this visual style was too playful to make it believable. During my first iteration I tried out shapes inspired by spaceships and submarines. 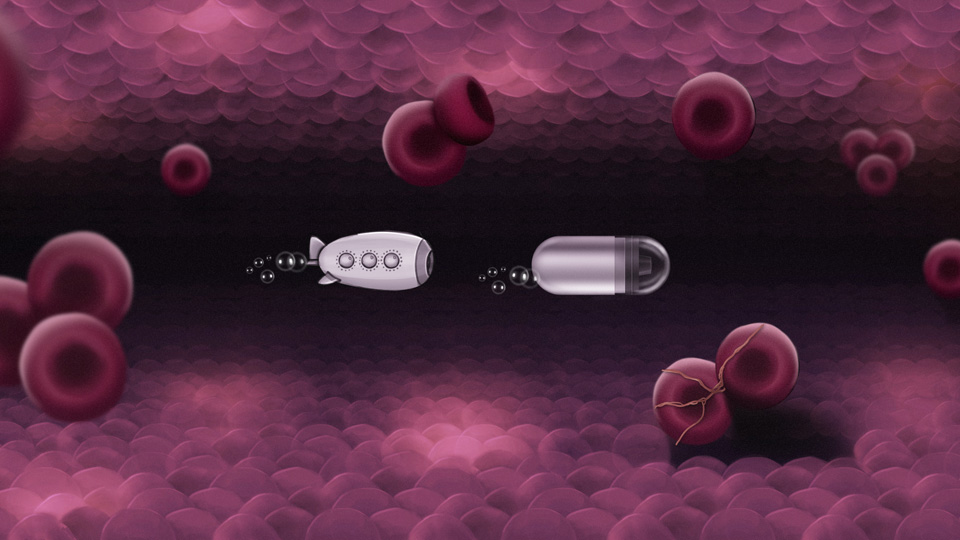 Only when I placed a playful and realistic game character side my side in the environment I realized that the player would feel more connected to a realistic object. Because of this, I decided to go for the pill inspired shape.

At the exhibition I presented my concept supported by a microscope. By putting a printed piece of paper under the microscope I “faked” a look into the game environment.  It sucked the visitors into the story before starting to play the game. By putting a printed piece of paper under the microscope I “faked” a look into the game environment.