A simple interaction can be quite powerful in how it makes you feel connected to the object. During this week of Experience prototyping I wondered: What if you could blow out an LED?

I started using a microphone to sense a user blowing. To add a bit of magic I wanted to be able to turn on the LED with just a snap of a finger. However, using a single microphone for two different interactions turned out to be quite hard. Only when looking at the raw sensor data I noticed a pattern. Finger snaps were short and high volume, and blowing tended to take longer. That’s why I ended up using an array to store a series of values to differentiate two interactions. 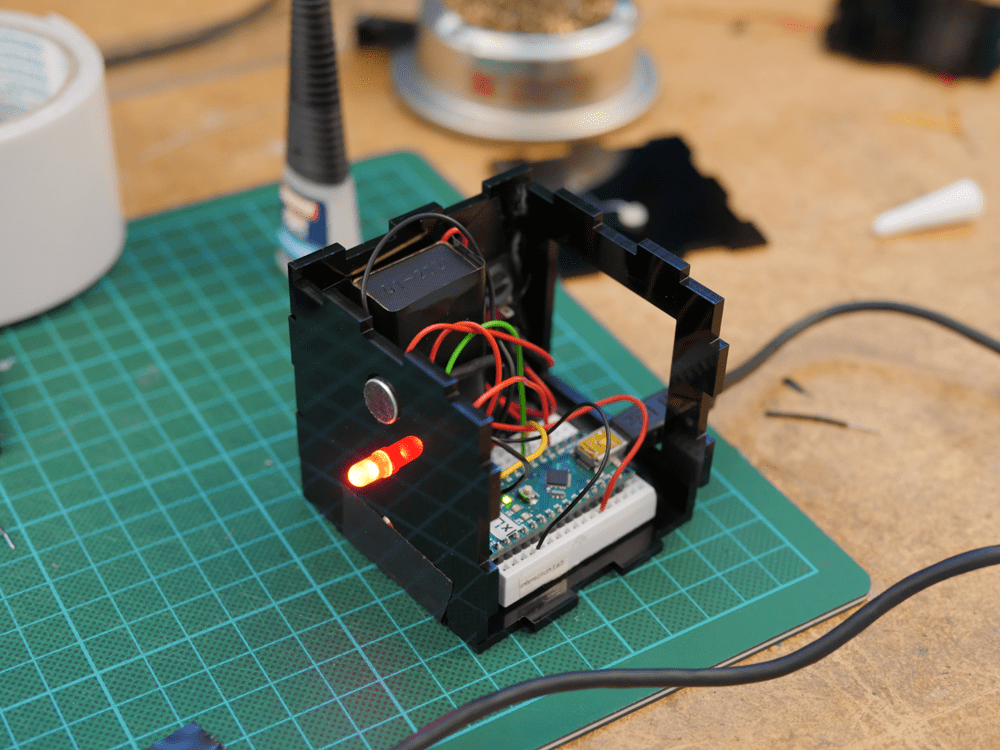 Sure, I could have added another microphone, but I didn’t. Because to me, this week was not about being efficient. It was about learning a lot. That’s why I decided to work with the Attiny microchip and that’s why I tried to use an LED as a lightsensor. Both of which failed by the way.

I ended up with a simple cube that only does one thing. But I guess to me that’s what prototyping is all about.With today’s tools we can build anything, but it’s really about what we decide not to build.

Because in the end, it’s not the complexity of the prototype that counts, but seeing what it does to people. 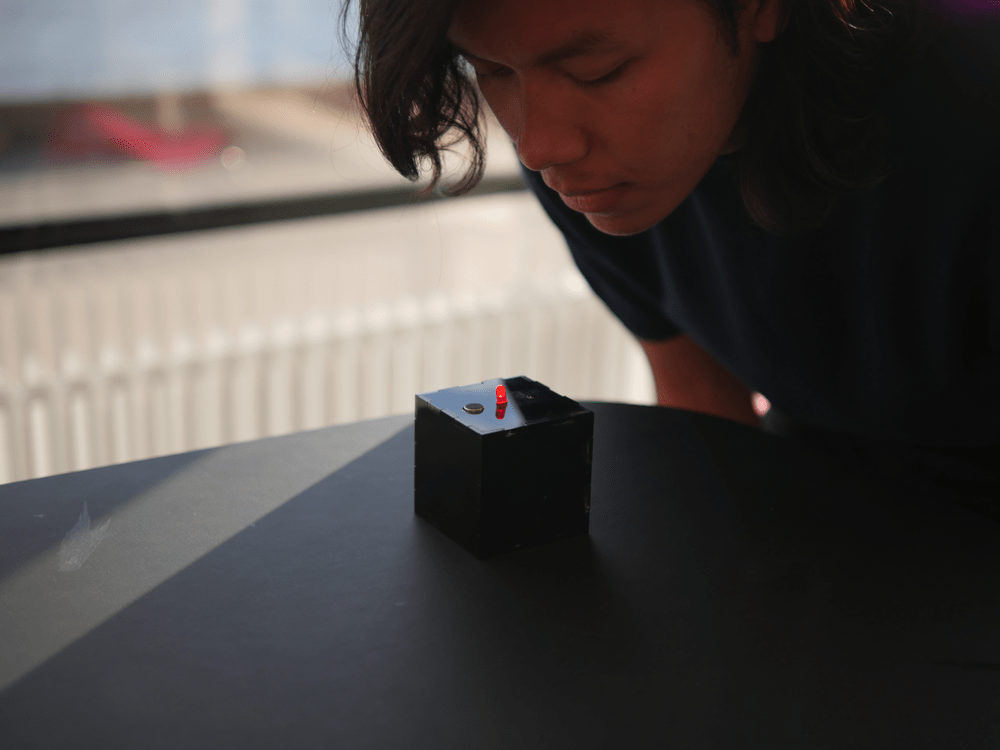