After warming up last weeks, it was finally time to start a project with an entire design cycle. The goal of this project was to design an interactive music installation for the Guitars: the Museum in Umeå. The process started by visiting the museum. As a music newbie, I was amazed by the beauty of the guitars but I found it hard to understand the difference in experience when playing one or another. I noticed a clear opportunity in developing an installation in which people could experience what it is like to play different guitars. 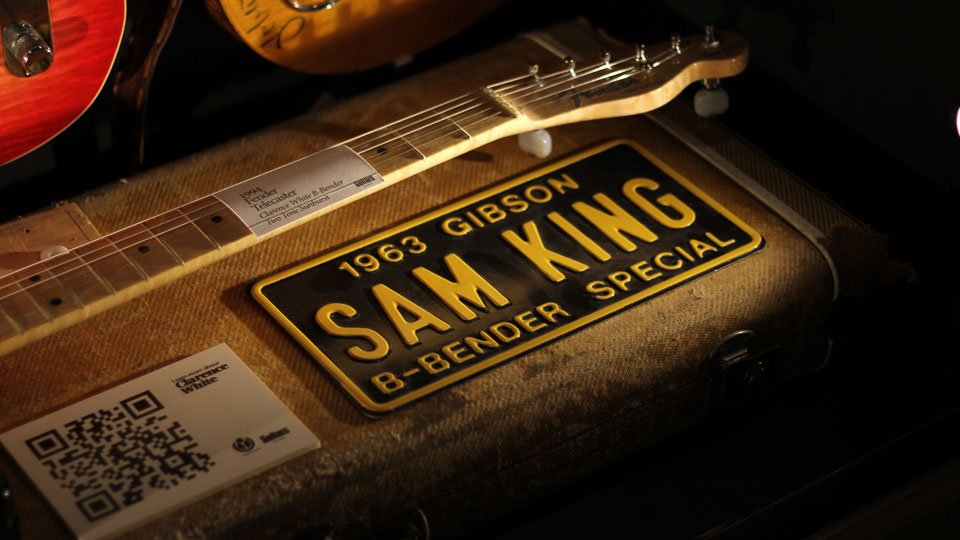 I was part of a group ideation session to generate ideas based on the information collected during the warming up weeks and the museum visit. The form of brainstorming was new to me. In a high pace, ideas were drawn on pieces of paper which were then passed on the to next person. No talking was allowed and because of the limited time, there was hardly any time to try to fully understand the previous person’s idea. Therefore the stream of ideas kept flowing. It also ensured everyone had an equal say and nobody got really attached to ideas. 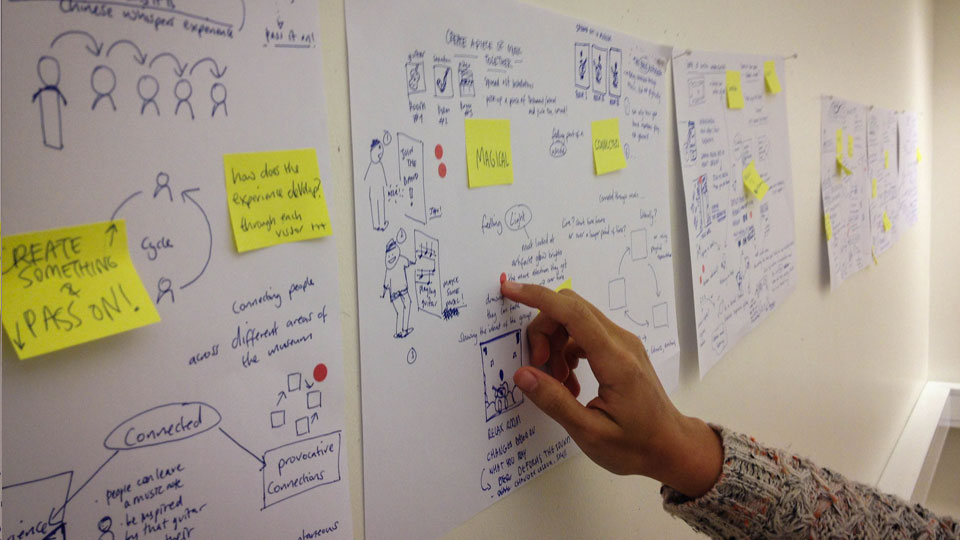 I decided to further develop two ideas which were generated during the ideation. One concept consisted of various blocks in which children could explore music by building a tower. 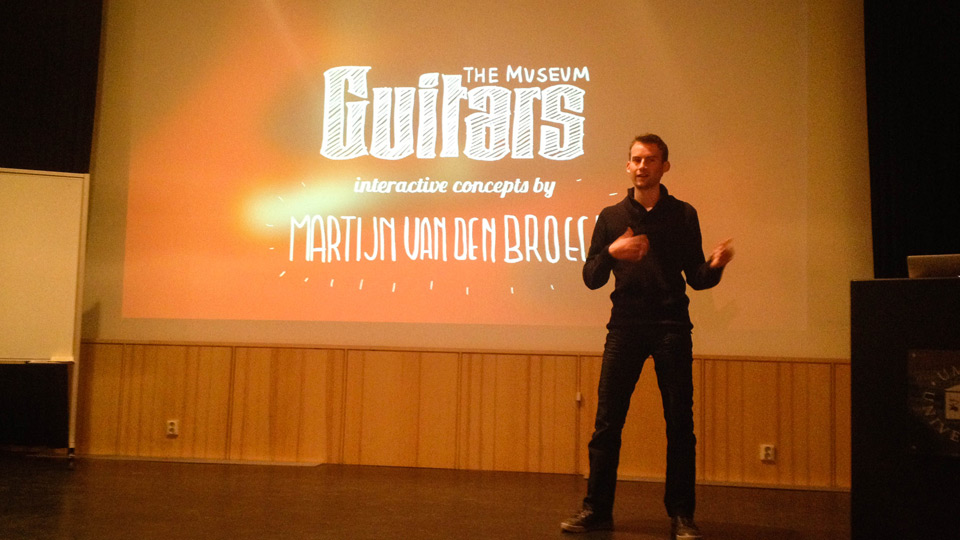 I presented two concepts in the Auditorium. Just as during the warming up weeks, the deliverables were passed on the next student. I was fortunate to further develop Trieuvy’s concept “an interactive table to explore music by placing guitar picks, collected in the museum, on it”. I took the creative freedom the design a round table in which user could also create the music beat in an embodied way. I built a scale model of the museum to present my concept in. I decided on cardboard as the building material because its fidelity communicated the stage of the concept well.

Building the concept to a level in which people could experience it was a real challenge. With the help of Rickard I divided my final concept into pieces on which I could work in isolation before combining them. This started by creating a simple Processing sketch to create a wave effect when the spacebar was pressed. Once I succeeded, I added color tracking and further complexified my sketch. The biggest challenge was to align the projector and the camera because the camera would always create a shadow on the projection. By taping the camera to the projector I managed to get a pretty good alignment eventually. However, the camera had a different resolution and was positioned so high it picked up much more than just the table. I had do involve some mathematics to calibrate the camera and the projection. This entire process can be seen in the video below.

My final concept can be seen below. It aims to empower people to explore the guitars in an accessible and playful way. After collecting guitar picks in the museum, these can be used at the “Druppel” table to create music.

The entire Guitar project was very much “Experience-first”. Everything was allowed, including faking in the form of Wizard of Oz prototypes, in order to communicate the intended experience. Eventually my concept was quite complex and did not fully communicate the experience. It relied on large Processing sketches, a camera and a projector. My goal is to further develop my ability to communicate richer experiences that require fewer effort to create for me as a designer.

My approach however, was quite effective. By dividing the creation of my final concept in small parts I managed to create separately working prototypes which I combined later. Besides that I significantly improved my coding skills. I reached a level in which I confidently used classes and arrays.