During this week of Experience prototyping about micro-interactions I decided to design an unlock screen for the Apple Watch.

Looking at the current design, I found that having 10 buttons on such a small screen is not great. That’s why I tried to think of an an interaction that is quicker to complete and has less room for error.

I had never worked with the Apple watch before and I hoped that the small size of the screen would enable me to really focus on the micro interactions. 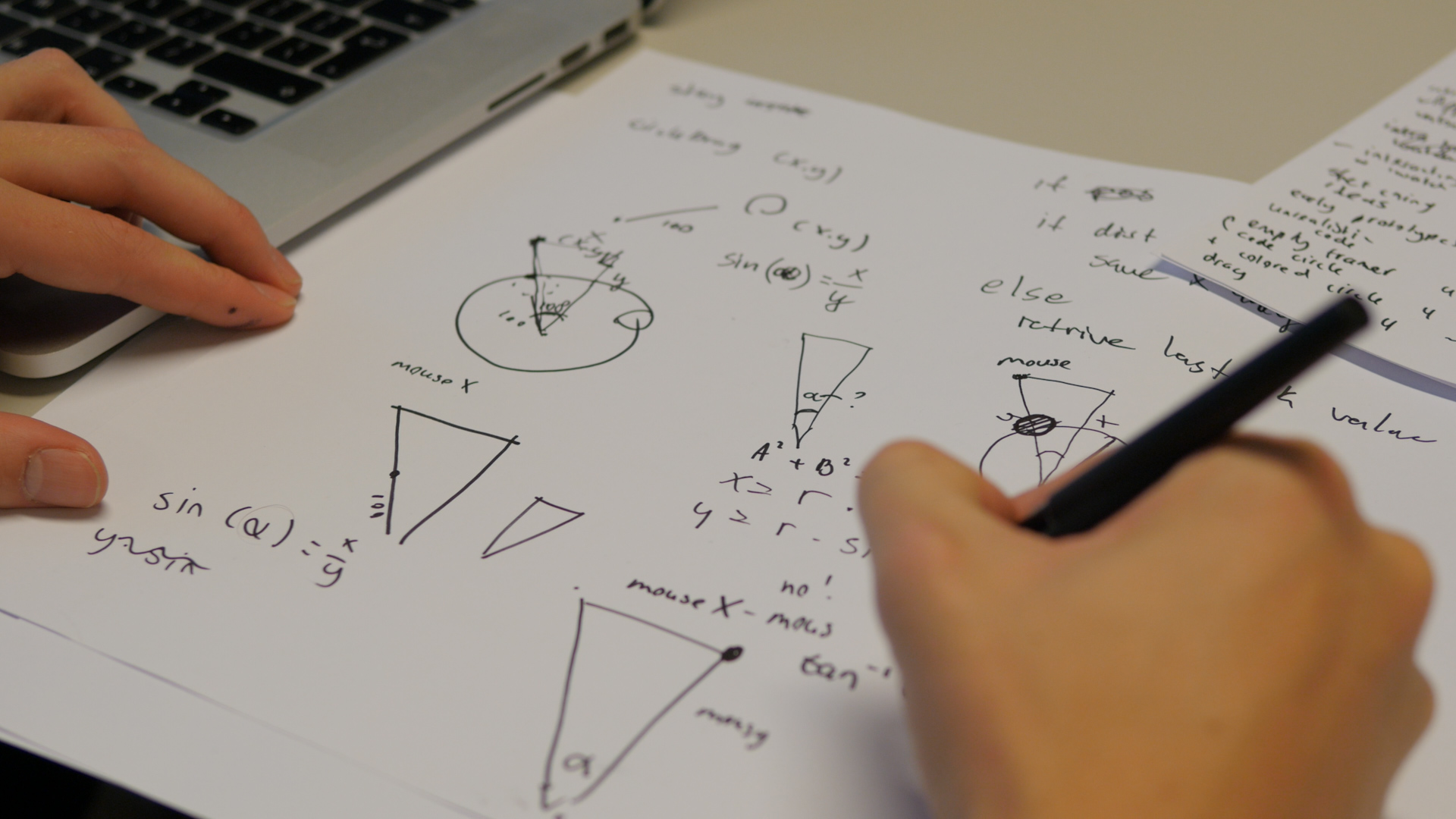 I did a couple of iterations where I sketched out some ideas and then tried to code these in FramerJS. But often, what I ended up coding wasn’t what I sketched. I think firstly because I lacked some coding skills, but even more so because things that I imagined on paper were unrealistic in code. 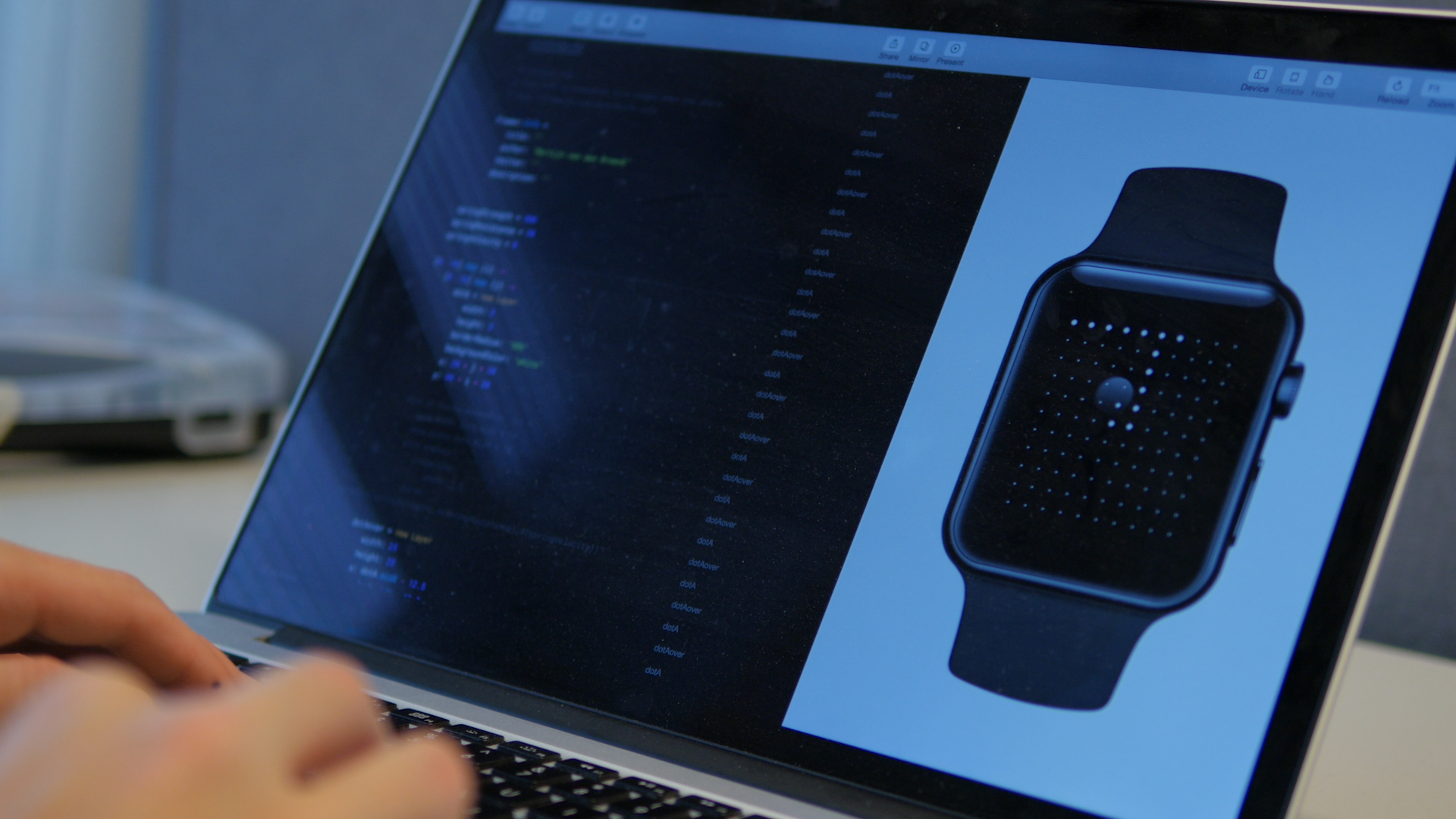 My last concept actually hit me by surprise. Because instead of having a sketch I started coding in Framer. A simple circle triggered more ideas. What if I add a colored circle? What if you could drag one circle over another?

I ended up with a prototype, were dragging the inner circle over the colored ones, creates a pattern based on the user’s order. So instead of tapping digits, you can simply unlock the watch with a unique swipe. But only when you swipe the correct code of course. 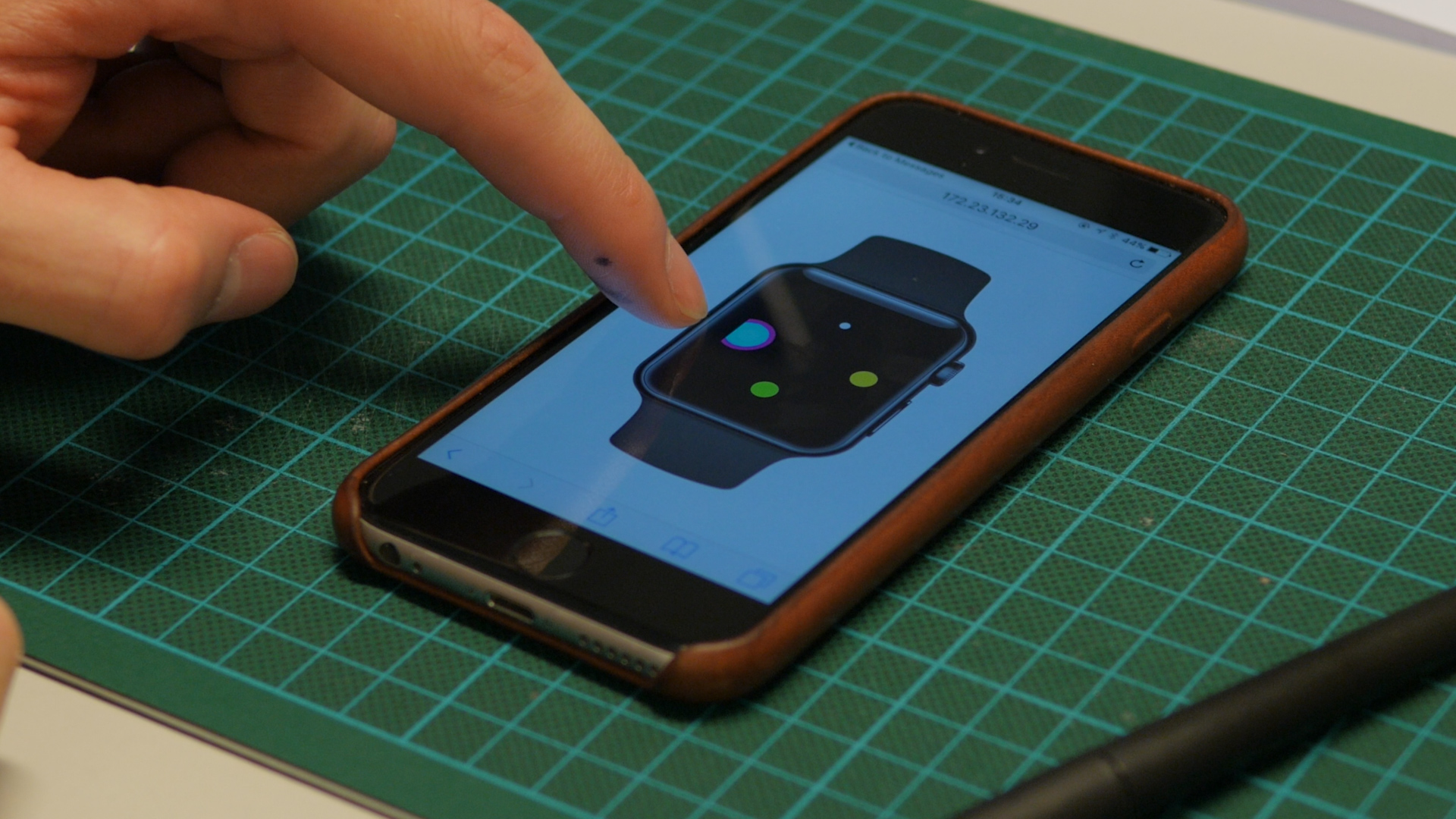 I realized that even though a circle on paper, and a circle in Framer represent the same idea they are two very different things. In Framer, a circle has an endless potential for interaction. You can drag it, tap, swipe it. You can make it grow, make shrink. It can turn into anything that you can imagine. On paper however, a circle is static. It’s done. To me, it’s not the beginning of something, but the end. That’s why it just doesn’t inspire me.

In Framer, a circle has an endless potential for interaction. You can drag it, tap, swipe it. You can make it grow, make shrink. It can turn into anything that you can imagine.

So during this week I got really excited about FramerJS. Not just as a tool to communicate, but to explore as well.As far as micro interactions go, I realized that we can’t design the feel of interaction.. if our tools don’t allow us to feel the interaction ourselves.