In September 2014, my team consisting of five UID Interaction Design students took part in the OzCHI24 hour student challenge. OzCHI24 is an annual international student design competition run as part of the OzCHI conference. OzCHI is the annual conference for the Computer-Human Interaction Special Interest Group (CHISIG) of the Human Factors and Ergonomics Society of Australia, a non-profit event.

Because my team of “Kingsloths in Space” became one of the four finalist teams, one of us got invited to present our work at the OzCHI Conference in Sydney. The presentations will be judged by a small expert panel, and will be used to determine final ranking and prizes. I got the honorable task to travel to Sydney to represent my team. Thanks Kingsloths!

It was just before 1 o’clock at night when after 28 hours, 17,324.59 kilometers, 4 airports and 7 cans of coke I finally arrived at my hotel in Sydney. I was excited that I was in freaking Sydney, however at the airport this excitement got mixed with disappointment. After starring at the bag collection machine for more than an hour, thinking that mine would be the next one to appear, this did not happen. My luggage was still in Stockholm. This was not very suprising since there was not even half an hour between my Stockholm – Dubai flight. At Stockholm, I pulled of a crazy sprint and was the very last person to board in. Once arrived at my hotel in Sydney, I did not manage to pay the deposit with my Dutch debit card. Fortunately, the reception agreed I could temporarily dispose all my Swedish Kronors.

I am no jet lag expert but I have been told it is better to stay up and adapt to the new rhythm. Therefore I decided to fight the jet lag, which meant staying up and only go to bed once I arrived. I had some difficulty moments but succeed.

So my first day ends with no money, no luggage, no sleep and dirty clothes..got some work to do tomorrow!
Some of today’s pictures. 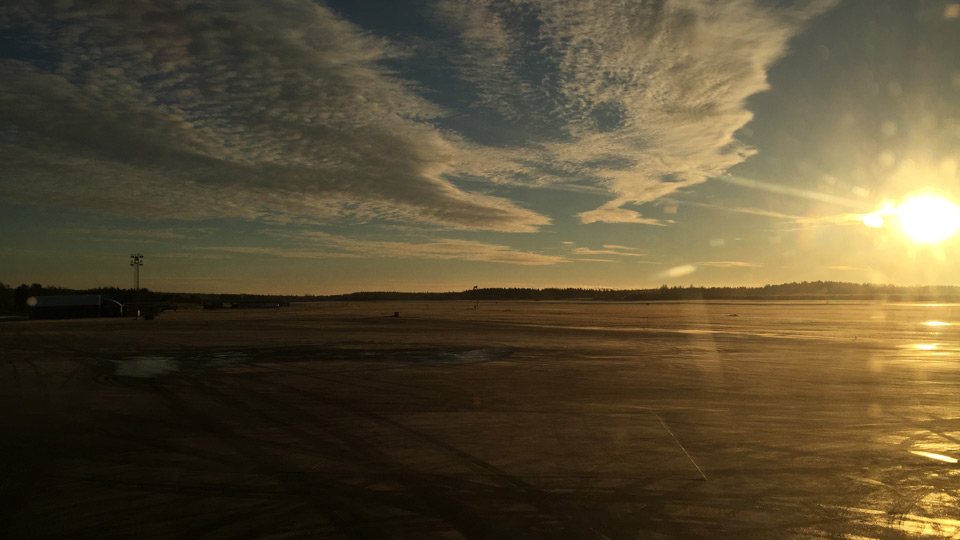 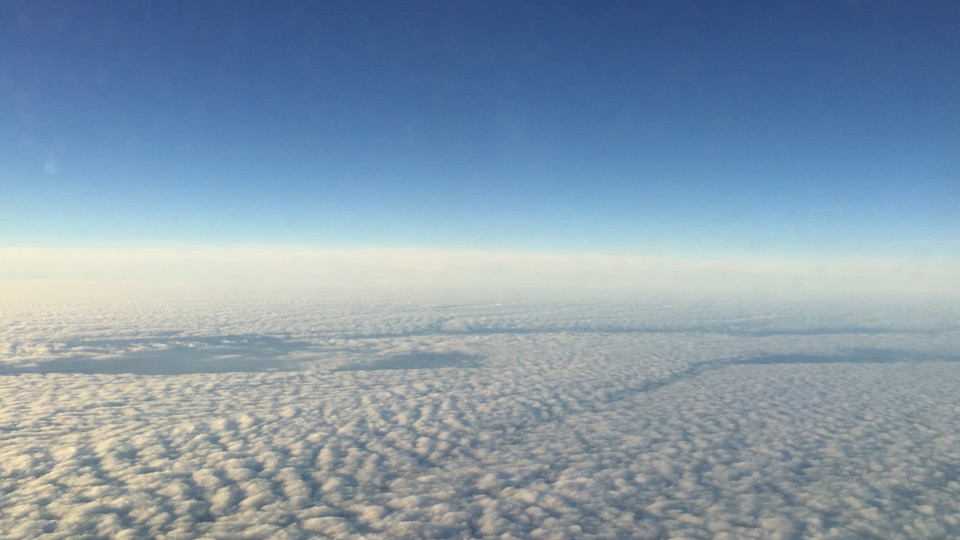 I expected to sleep well during the first night. However, the high amount of sunlight early in the morning (especially compared to Umea) completely confused my biorhythm. After a short night I wondered how to deal with my smelly clothes. Time to put my creative thinking into practice! I combined some hand soap, a sink and a hairdryer (all materials which you can find in a hotel room) and turned it into a manual washing machine. Got some clean clothes!

Just a five minute walk brought me in the city centre. Apparently, the first day of December is the first official day of summer in Sydney! No better day to arrive! Walking in the sunlight cheered me up and put a huge smile on my face. I had not seen the sun in weeks, let alone know what 25 degrees feels like. Such as difference with Umea!

In the centre I was relieved to find an atm in which I could actually use my debit card. Meanwhile compiling a survival kit (toothbrush, deodorant and so on), I spent the rest of my day as a tourist. I took me about one hour to walk all the way up to the north of the city where the harbor and Opera house are situated. I am loving the atmosphere of the city, especially of the harbor area. The city looks very vibrant but also feels very relaxed. Had a great day!

While typing this post the day after my arrival I am having difficulties staying awake. I thought I won the jet lag battle but now I am getting backstabbed.. Time to sleep.

Some of today’s pictures. 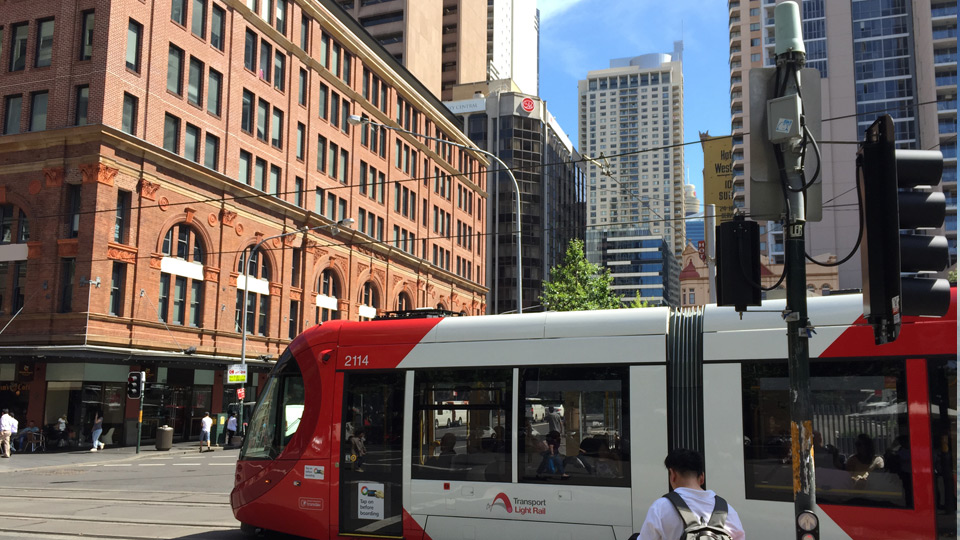 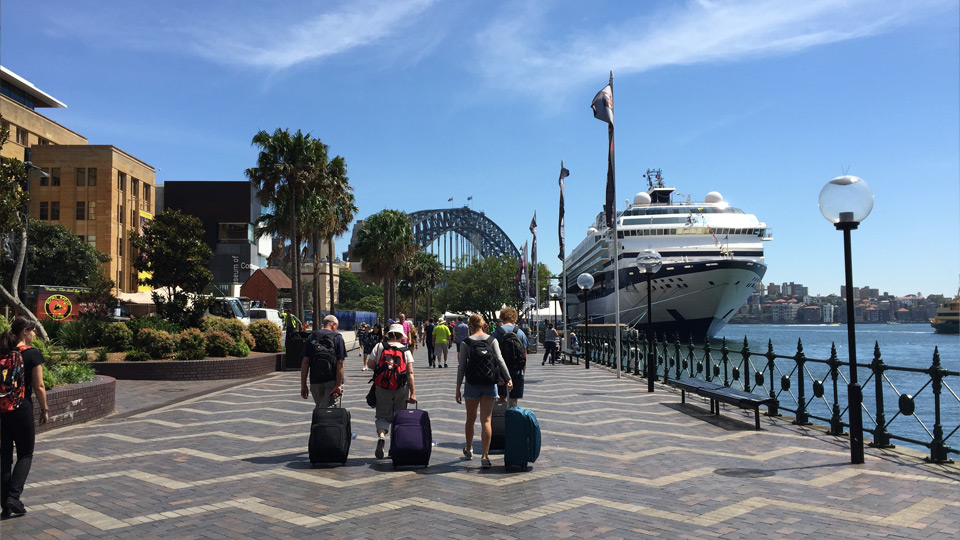 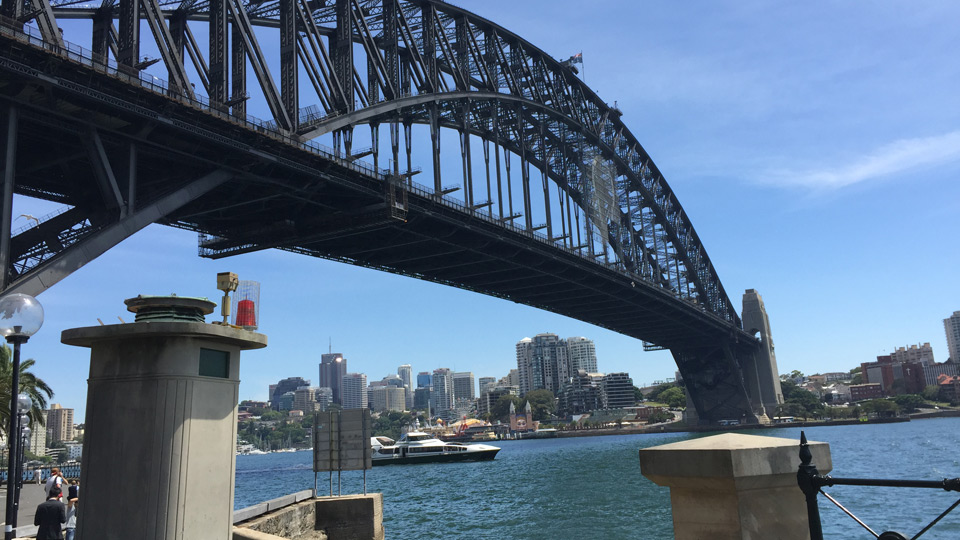 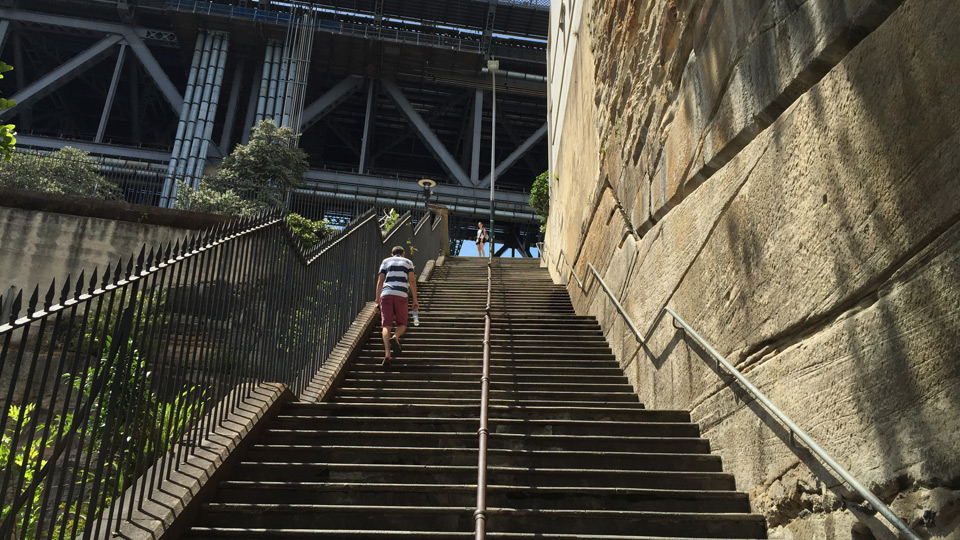 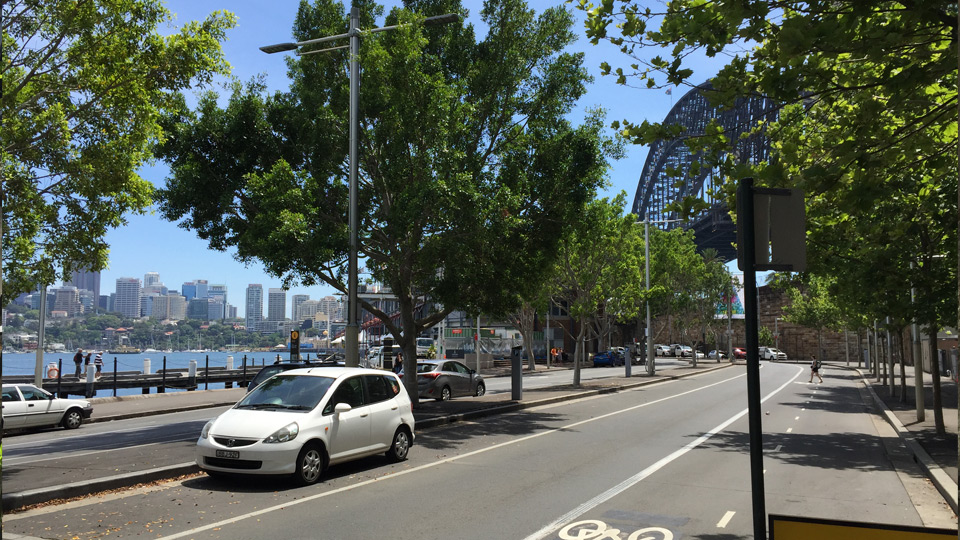 First thing I did when I woke up was going to the hotel reception to check for my bag. Still not there.. I spent the early morning blogging, video editing and preparing the OzCHI presentation. At about 10 am I went downtown, grabbed some breakfast and sat in a park. Sydney has some lovely parks spread around the city. Next I walked all the way to the Botanic Gardens. On my way I had many short breaks in one of the many parks.

Tomorrow, the OzCHI conference officially starts. I will go there to attend keynotes and presentations.

Just before I am about to publish this update, I see my luggage standing behind the reception! Happy I don’t have to wear the same clothes tomorrow 🙂 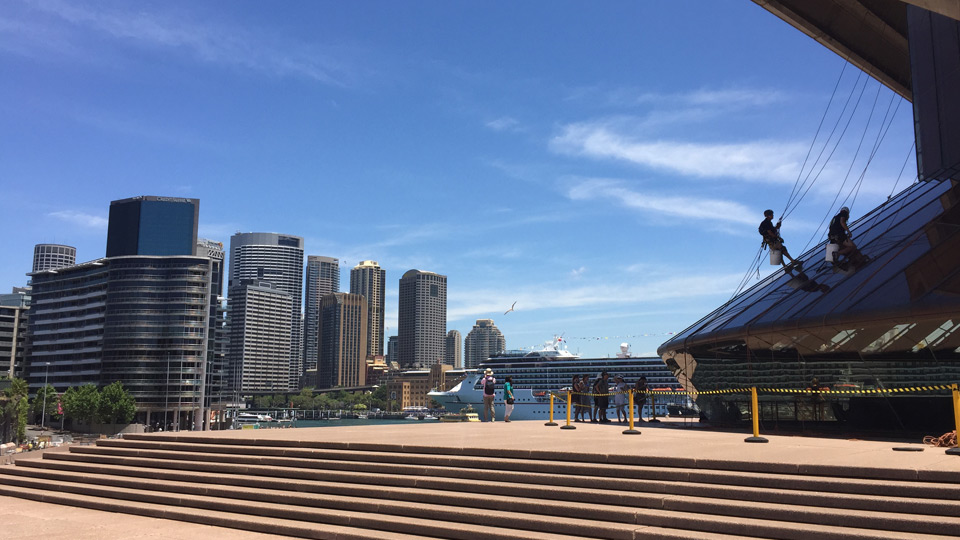 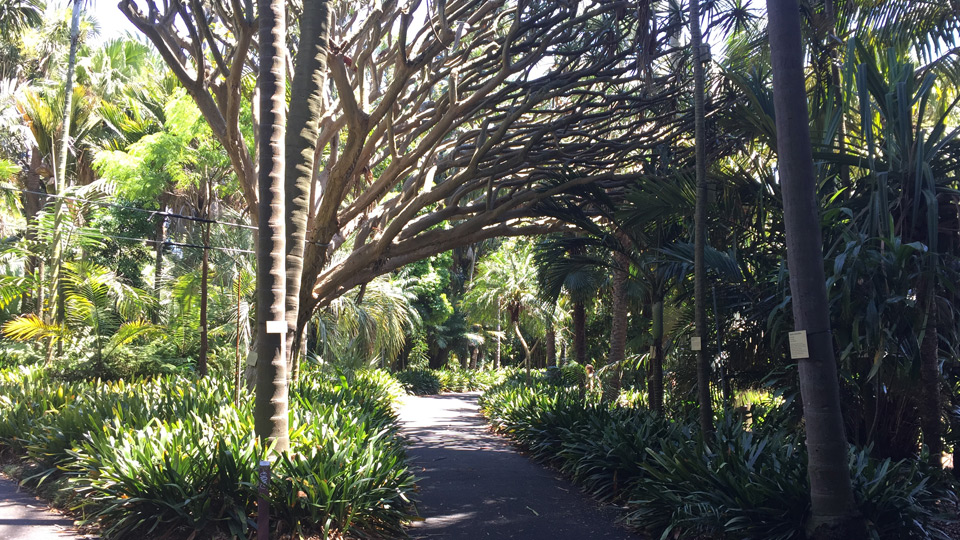 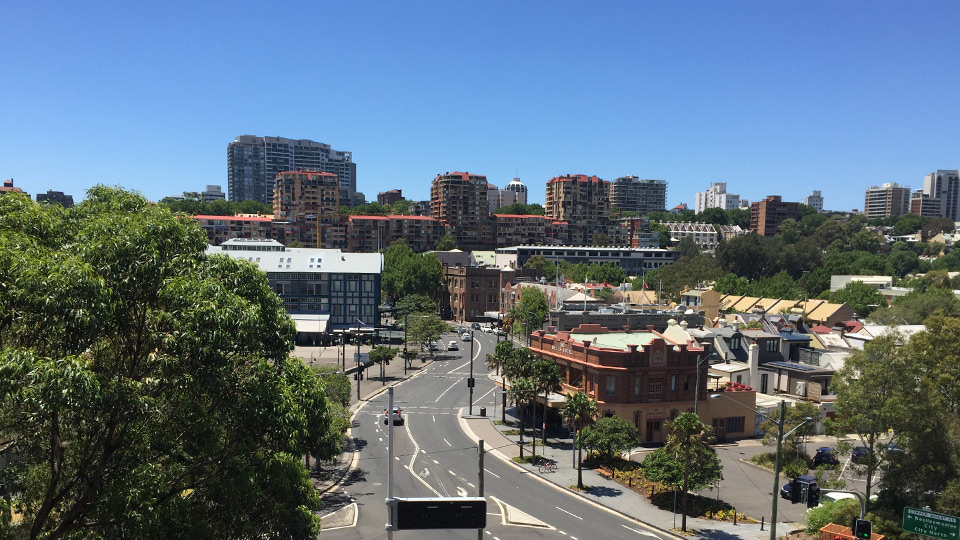 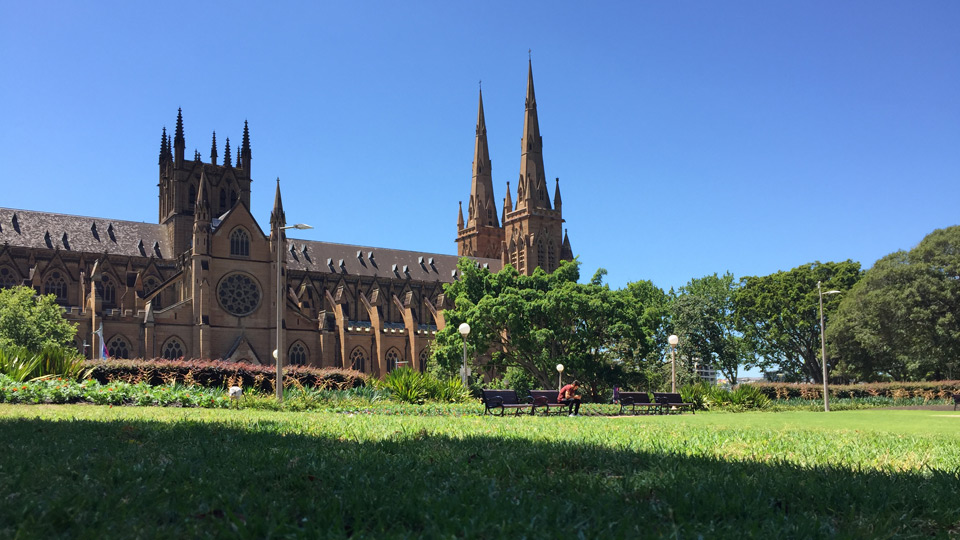 I woke up at about 04:30, not able to sleep any longer. When I put on my fresh clothes I felt like reborn! Besides that, the sun on my face during my walk to the conference gave me a lot of energy! The conference started an opening. This was followed by an interesting keynote. Throughout the day I attended many paper presentations.

The day ended with a welcome reception at a nice bar close to the conference. I met a lot of nice people and greatly expanded my Australian vocabulary (Brisbane, Queensland, etc). They were serving nice food and Dutch beer, so I wasn’t complaining. However during the drink, hell broke lose. A pretty heavy storm started just above Sydney. For me it was a good excuse to stay a little longer and wait for it to stop. I left at about 20:00 and spent the rest of the night in my hotel room doing some rehearsals of my presentation.

Some of today’s pictures: 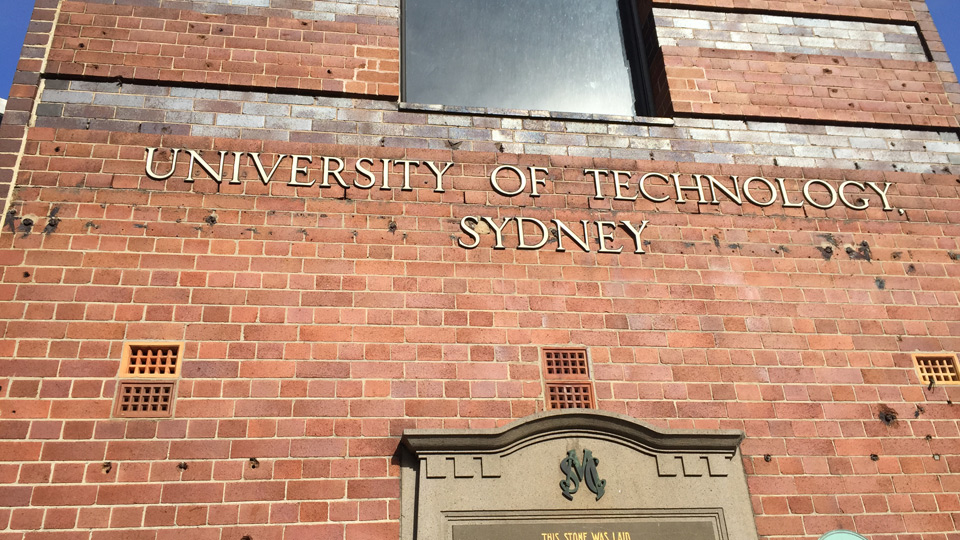 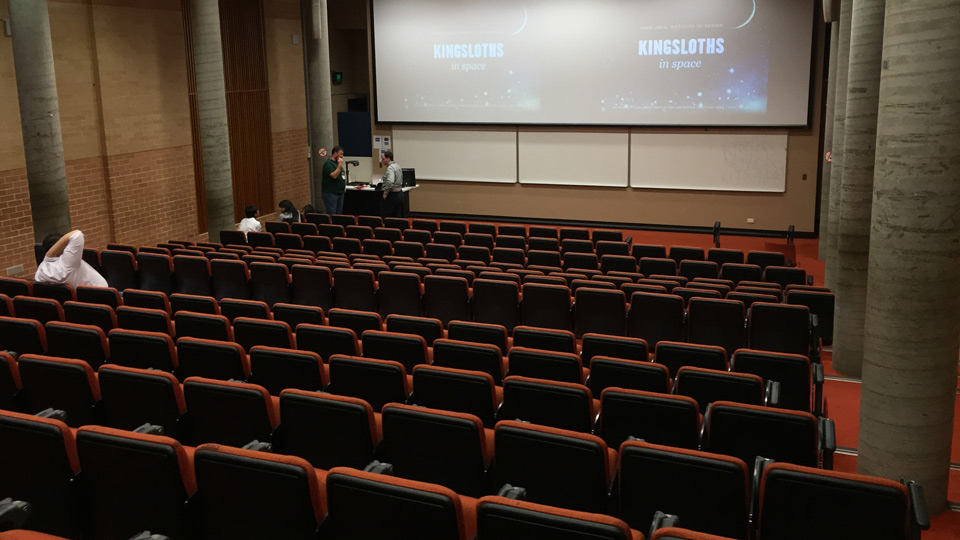 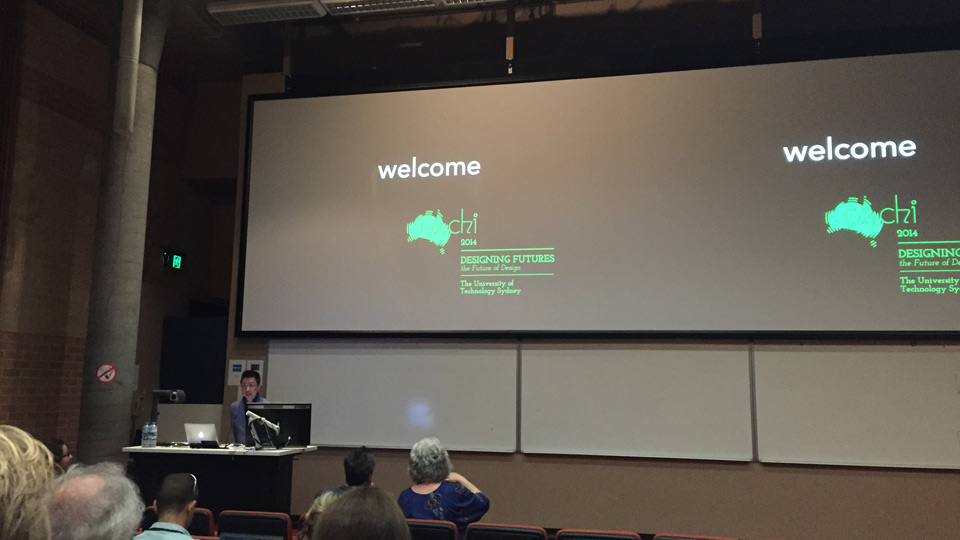 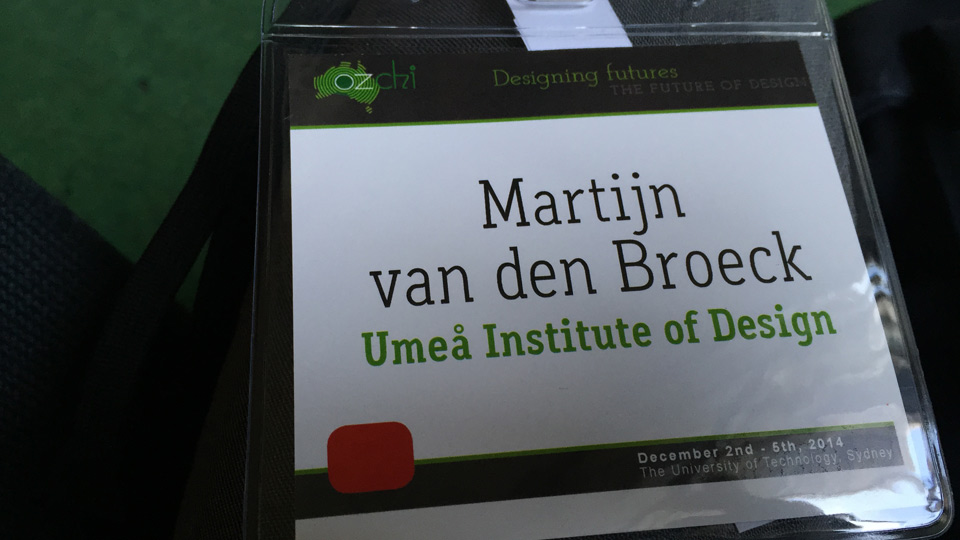 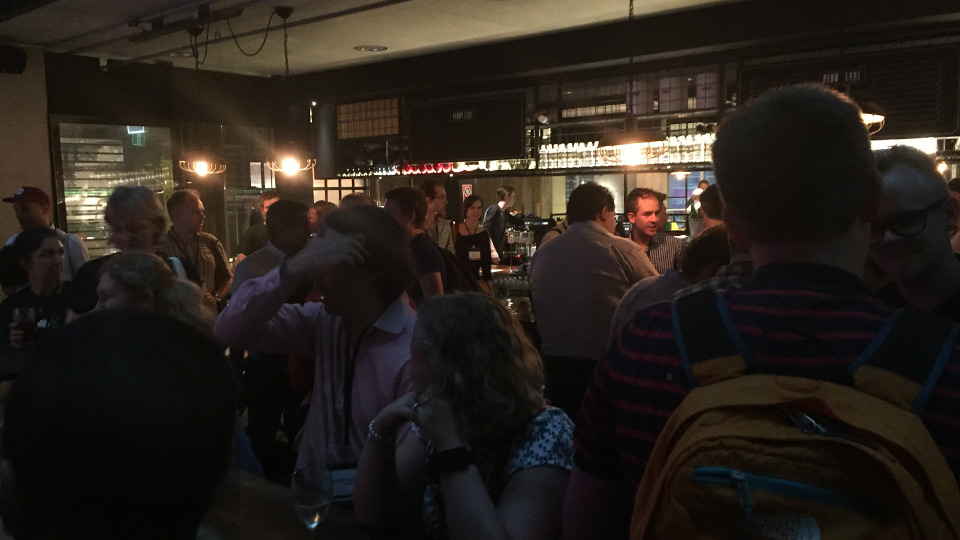 Presentation day! I woke up at about 05:30 this time and still felt pretty tired. I planned my day so my energy peak would be just when the presentation would start. This meant having a good breakfast and slowly letting my body wake itself up. No coffee!

During lunch I met some new people who wished me luck for the presentation. After lunch I was scheduled to be the third one to present. The ‘arena’ was filled for about two third, but pretty much all of the conference attendees were there.

Last minute the schedule and presentation time changed, so I had to do some rescheduling in my head. Because the Australian team were not present on time, I had to present first instead.

The quite intense presentations session combined with the jet lag made me feel really tired at about 17:00. There was a two hour gap to fill until the conference dinner, so I joined a group of new friends to walk towards Darwin Harbour. From there onwards we walked to the Chinese Restaurant in which the dinner took place. The food was nice and eating with chopsticks is always fun. After the dinner, the night was far from over. I joined a group of people to the new Karaoke bar in town. They charged a ridiculous $15 entrance, excluding drinks. After some negotiations, this price included two free drinks (which appeared to be soda drinks after all). Fortunately it was quite easy to join the crowd while entering, sneaking around the cash desk. I am such a bad boy. We had a good time but unexpectedly got kicked out at 00:00. There were many soda cans left and because I was the only one with a backpack, I could keep them if I wanted to carry them (this was turning into a cheap night). After the Karaoke we went for some drinks at an Australian bar. Two Australian beer lovers tried to convince me the Australian beer is quite okay (compared to Dutch and Belgium) so they bought me beers, until I got a good one (cheap night, right?). This moment never came by the way. At about 02:00 it was time to go home after a long day. 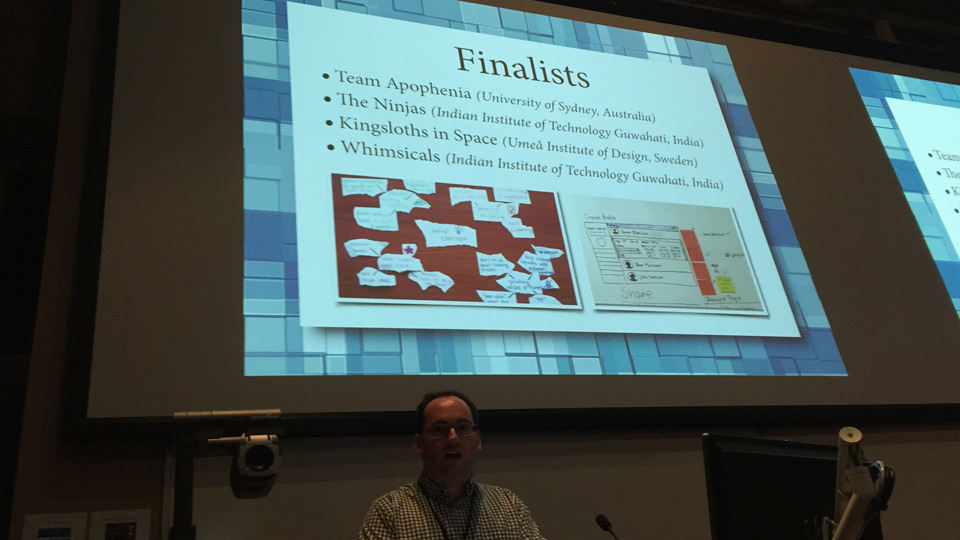 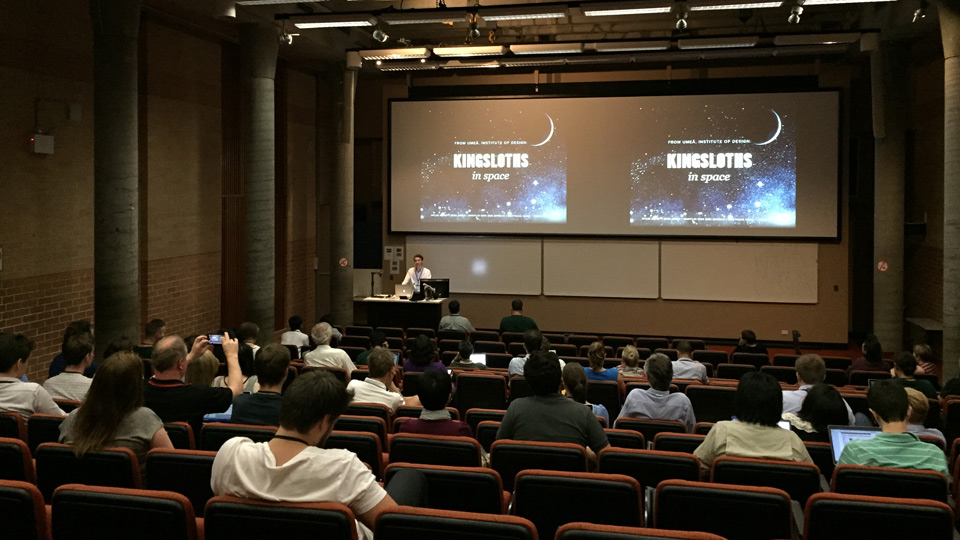 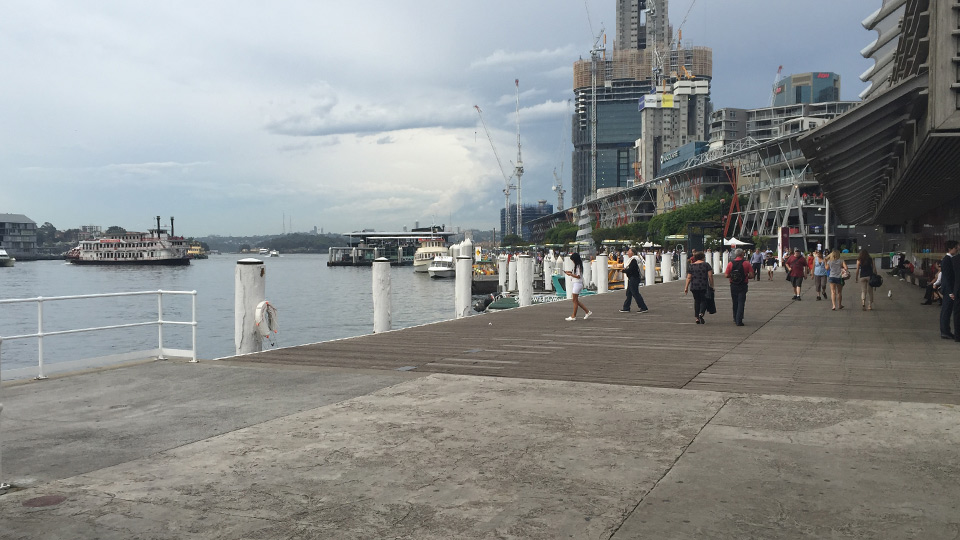 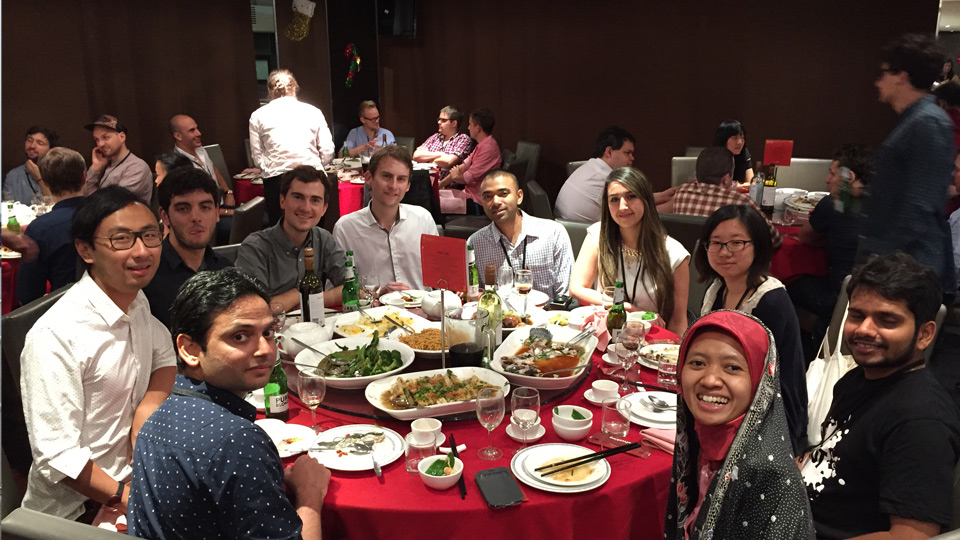 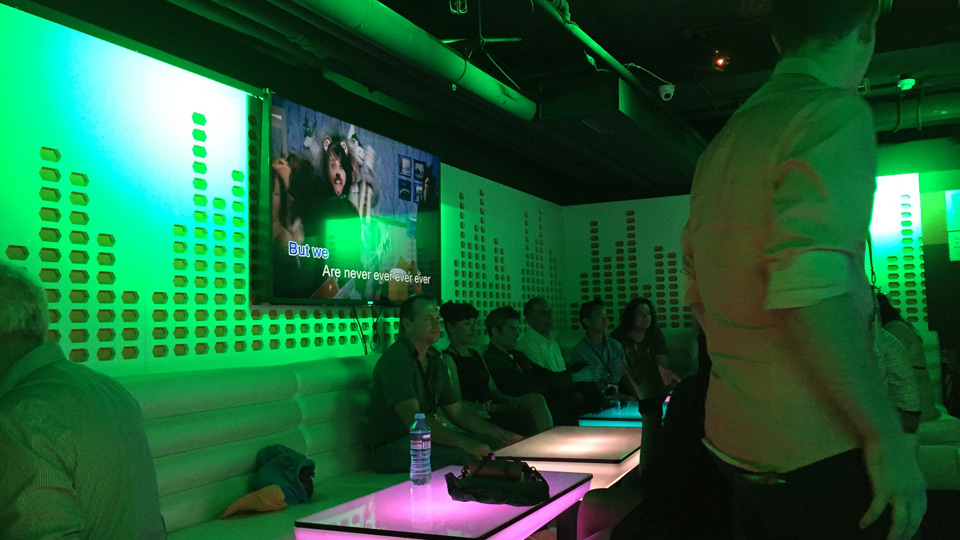 Because of the overwhelming amount of genuine compliments from the community (thanks guys!), I started to believe that there was actually a chance of getting a very nice result. Eventually the presentation did not lead to a top two ranking, but we were ranked as “Runner Ups”. Soon I realized that the main prize (for me at least) was the trip to Sydney itself.

This week has been one of the most exciting, intense and educational weeks of my life. I had the full “conference experience” and really felt part of the HCI community. I was a speaker, listened to many presentations and joined for leisure activities. Sydney as the city were this took place, made the experience even more special. I totally started to love the city. I feel like I have not even seen a glimpse of what Sydney has to offer.

To end this post I just want to say thanks to everyone who contributed to this. OzChi for inviting us, the nice people I met and my awesome team for sending me!