Warming up despite the cold

Even tough winter was coming to Umeå, I have been warming up for the real design work. After two weeks of workshops and lectures about topics such as “Sketching in Interaction Design”, “Framing” and “Mental Models”, it was finally time start a ten week project.

In this blogposts I will show what I did during the first seven weeks of the project. Next post will be about the final assignment, designing an interactive music installation.

“Room for Music Experience” is a ten week project in collaboration with Guitars: the Museum, a music museum located in Umeå, Sweden. All the assignments during the project are based on the previous student’s material that will be handed over to the next student, like a relay. Most assignments have a weekly format, with the exception of the final assignments (the interactive exhibition) that will run over three weeks.

The first assignment was to make a short video that tells a story of a particular music memory, connected to a certain piece of music. The Dutch van Vree brothers traveled all the way to Umeå to teach basic video techniques and visual storytelling. All students worked in pairs and I collaborated with Nikolaj because our music memories had some overlap.

The message of the video is to have more eye for the beauty of nature. Because of some good preparation, we managed to shoot and edit the video in just two days.

Next was an interview about the student’s music experience that was portrayed in the video from the week before. I was assigned to interview Isabel about her video. During the first interview I attempted to understand her relation with music in general. Her description of the one particular music experience made a lot more sense based on the general knowledge.

The next week was about creating three digital photographs of which each represented one particular keyword that illustrated the music experience, based on the interview. This time I had to work with Delphine’s story. I decided that “connected”, “magical” and “relieved” described her story best. I approached the making process differently for each visual piece. For the “relieved” photo I just went outside and started shooting without having a clear plan. During this process, I developed a better idea of what I wanted to capture and how. The photograph of “magical” was mostly planned. The creative process of “connected” photo happened mostly during the editing. 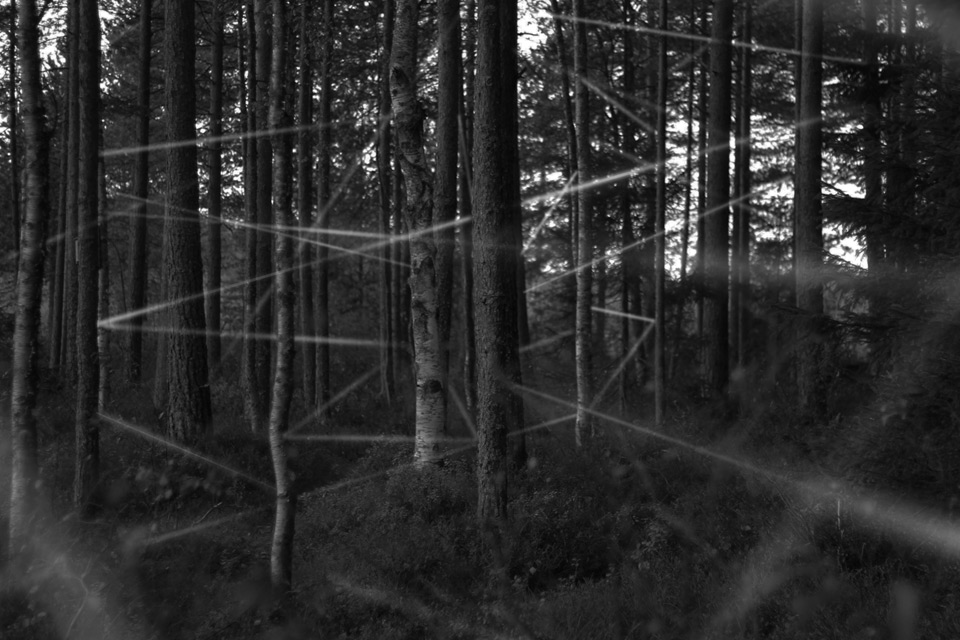 My visualization of the word “connected”. 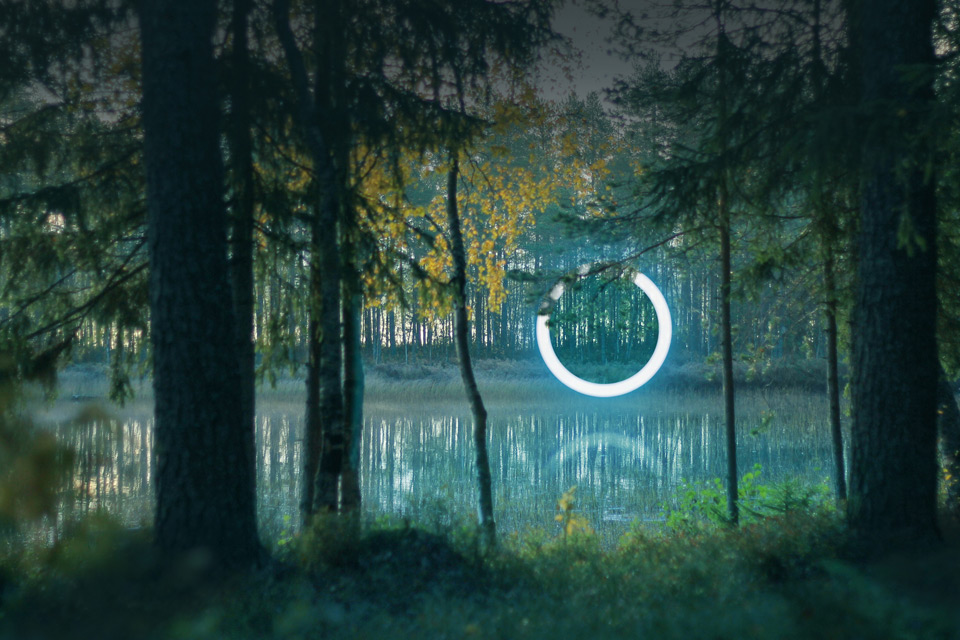 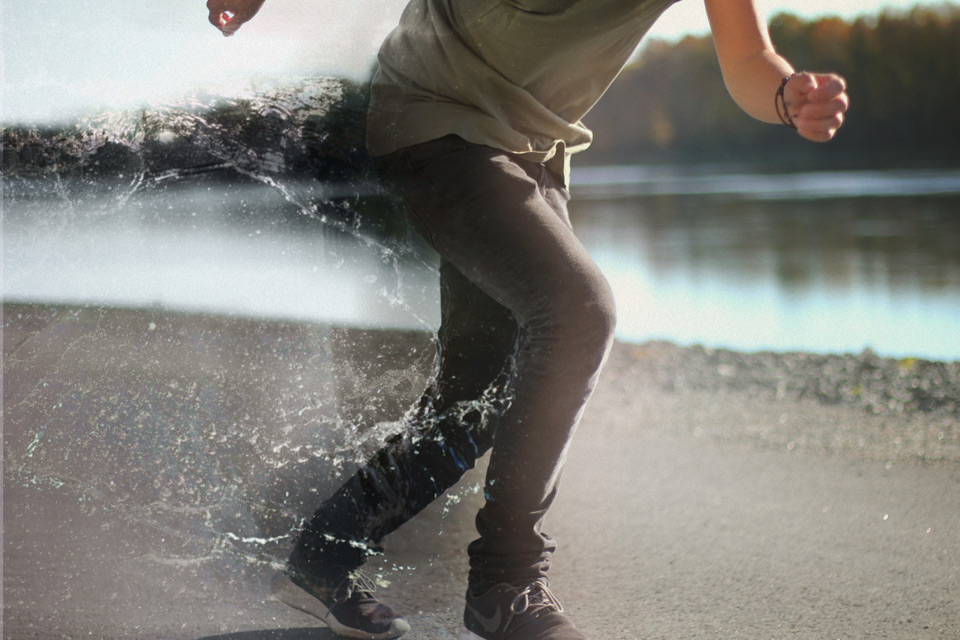 My favorite assignment so far was the creation of a propaganda poster based on the video, interview and photographs. I started by thinking of a persuasive tagline that described the material I received. Some options were: “It is not about the destination, but about the journey” and “The earth has music for those who listen”. Finally I decided to go for “Pain is temporary, quitting lasts forever”. It represented the story, about Nikolaj and his friend climbing a mountain, well.

After sketching some concepts I decided to use a flag as a symbol for freedom and not giving up. My idea was to show an arm and a flag, nearly reaching the top of the mountain next to the tagline. During the first iteration I explored with the visual style and composition. Finding the right angle for the arm was very difficult. I tried various options but just could not get it to feel right. This was also caused by the mountain which seemed really unnatural combined with the arm.
Also in terms of visual style I was not convinced by my initial direction. I felt that the environment was an important part of my poster, but I could not decide on the styling of it. One challenge was to explore a visual style without spending a lot of time making the entire poster in that style.

Somehow I found it quite hard to understand why the poster during the first iteration was not convincing. Then, I realized that there was not one single explanation for it. The composition was confusing, the style not convincing and these two together did not have a strong relation. Two days before the deadline, starting all over was quite risky, but I felt that I could do much better. 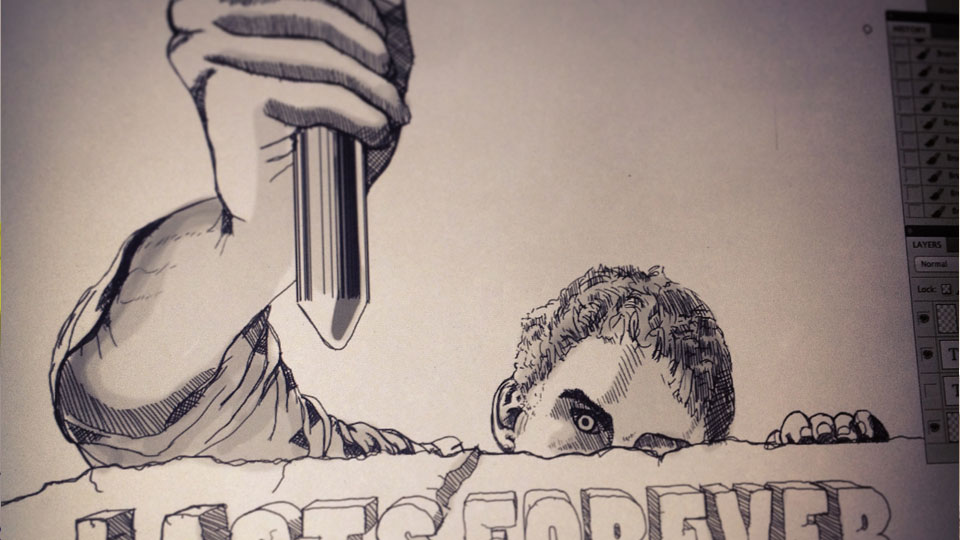 I realized that the composition was the foundation of my poster. Getting this right, was vital. I managed to get a much better composition by showing more of the person. Besides that, I considered the viewer’s eyes more. I ranked what I wanted the viewer to focus on as follows: 1. flag, 2. title, 3. climber’s eyes. This greatly helped in finding a better composition. Instead of trying to copy an existing style, I decided to create my own. I found that a hand drawn look looked quite authentic and powerful. The making process was time consuming but worth it in the end. 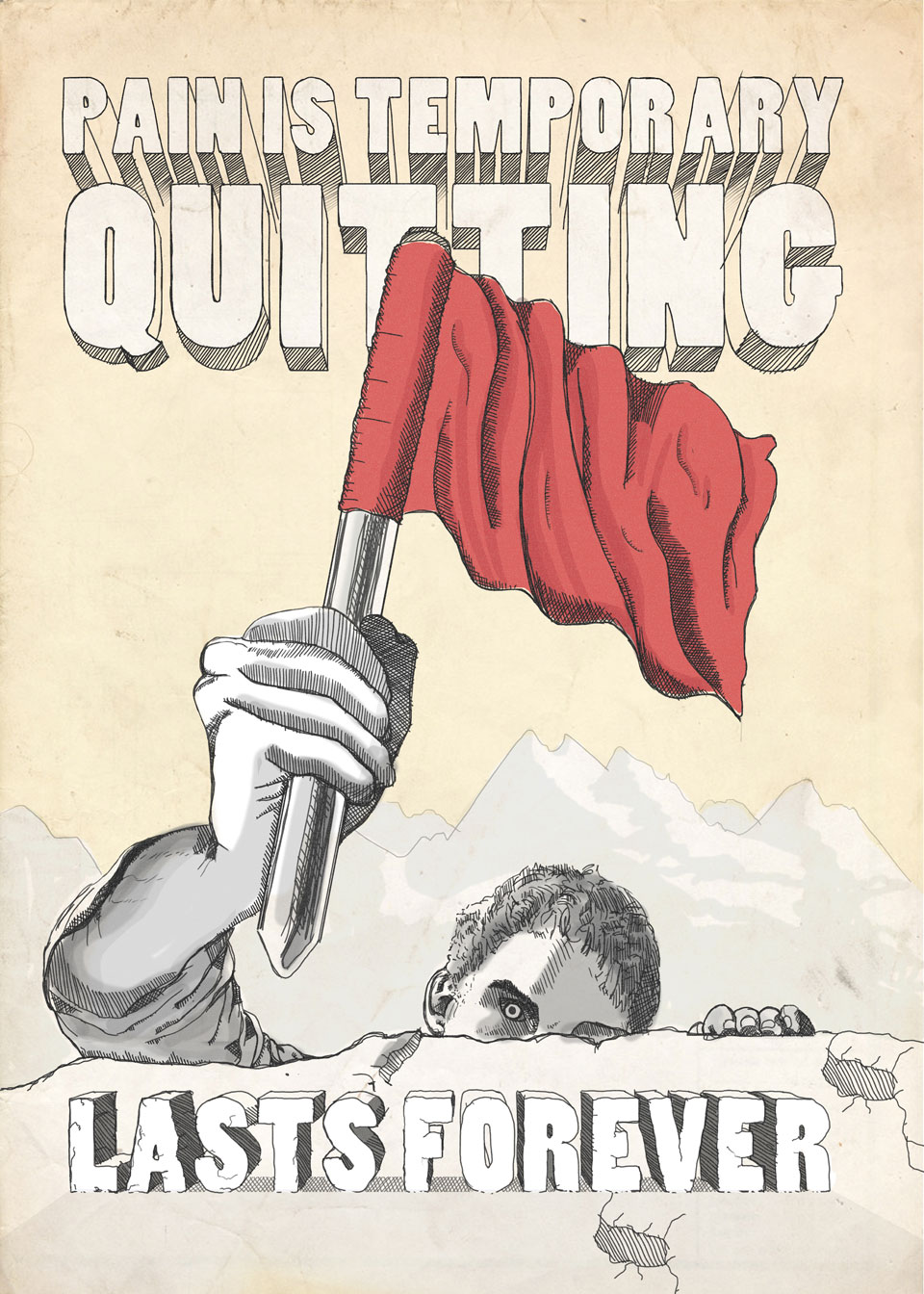 The final piece which I also colored. I did the coloring to emphasize the message by carefully picking a small color scheme.

Next post will be about the final assignment, designing an interactive music installation. Stay tuned!